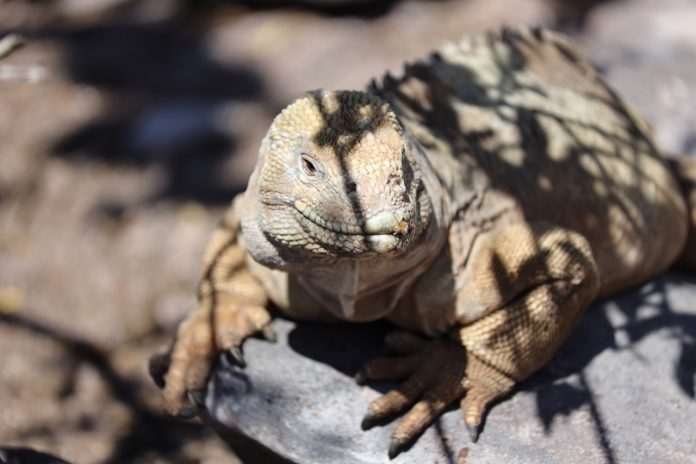 Galapagos comes from the Spanish word for saddle, which looked like the turtles shell and the Enchanted Islands was the islands name for hundreds of years, where the were seen as a remote scary and exciting place. Home to lots of animals, pirates and people, who was trying to get away from the rest of the world – trying to make a home here. The environment is harsh and difficult for man, as there is a great shortage of freshwater and we are 500 nm of the Ecuadorian coastline. For the animals it has been paradis, until we arrived. 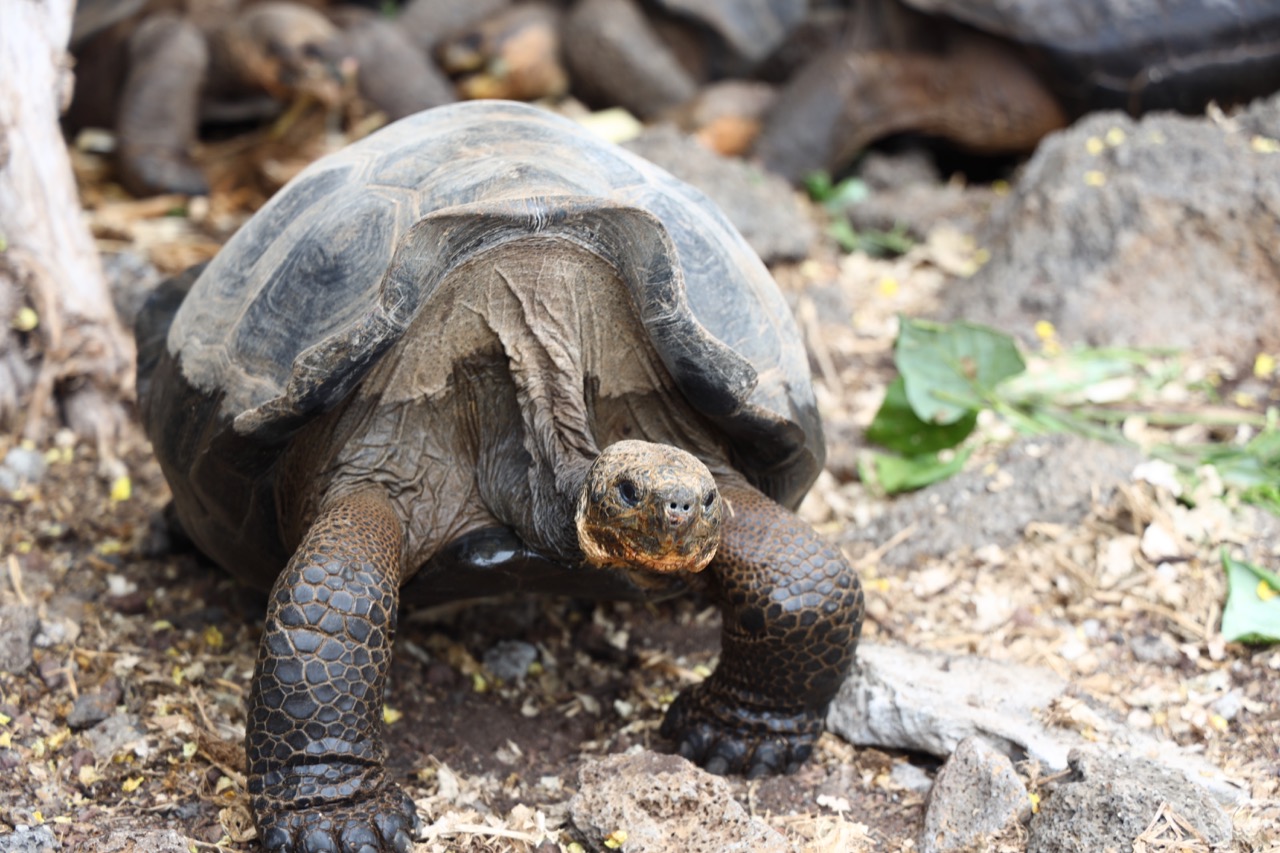 But many have been here! Germans, English, Norwegians and of course the queens ship the Beagle with Charles Darwin. The stories are many. There have been lots of people here who thought they could create their own kingdom and suppress everybody else. There are murder stories and there are the story about 2000 norwegian’s, who moved down here to test their luck and failed. 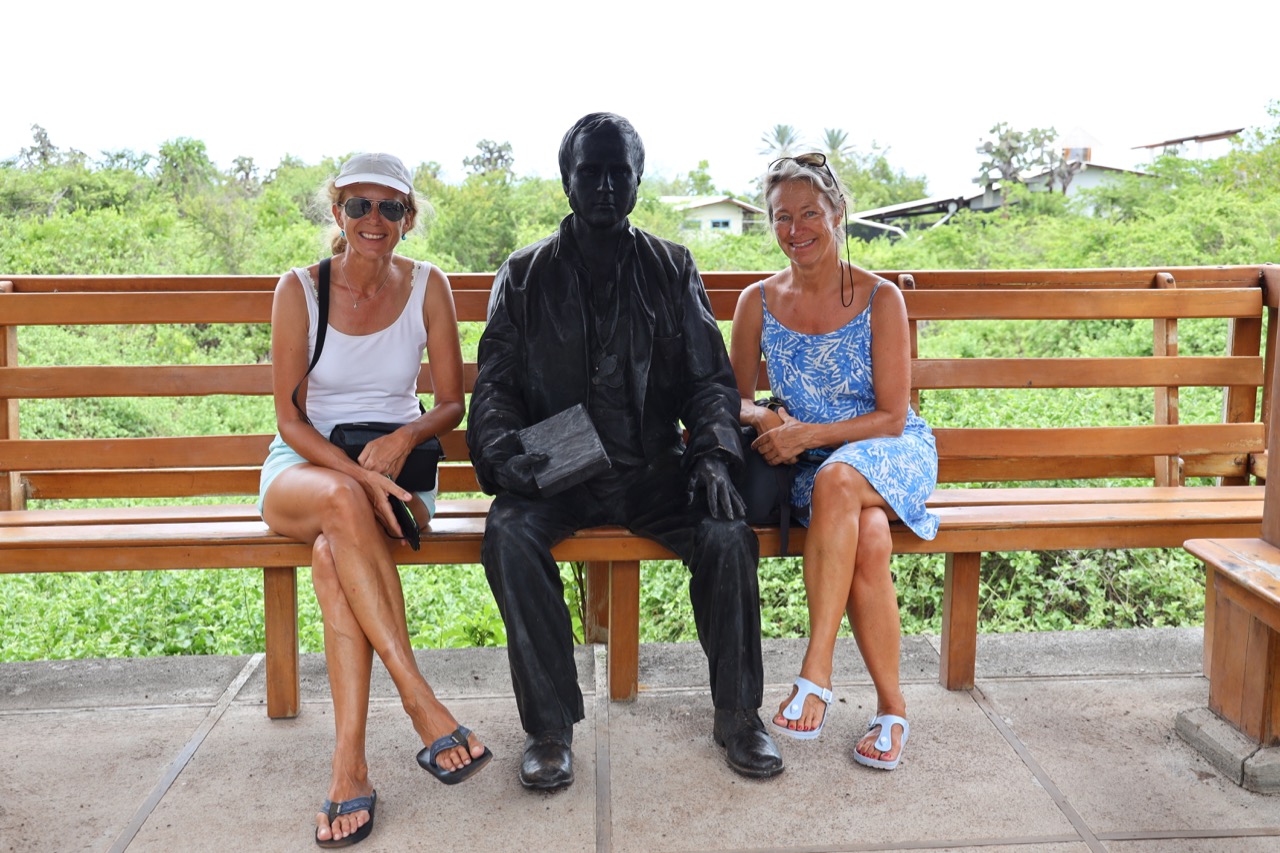 But the most famous visit was the four weeks visit of Charles Darwin, who ended up changing the world when he 20 years after his visit published his thoughts on the species development – only the most adaptable survive! 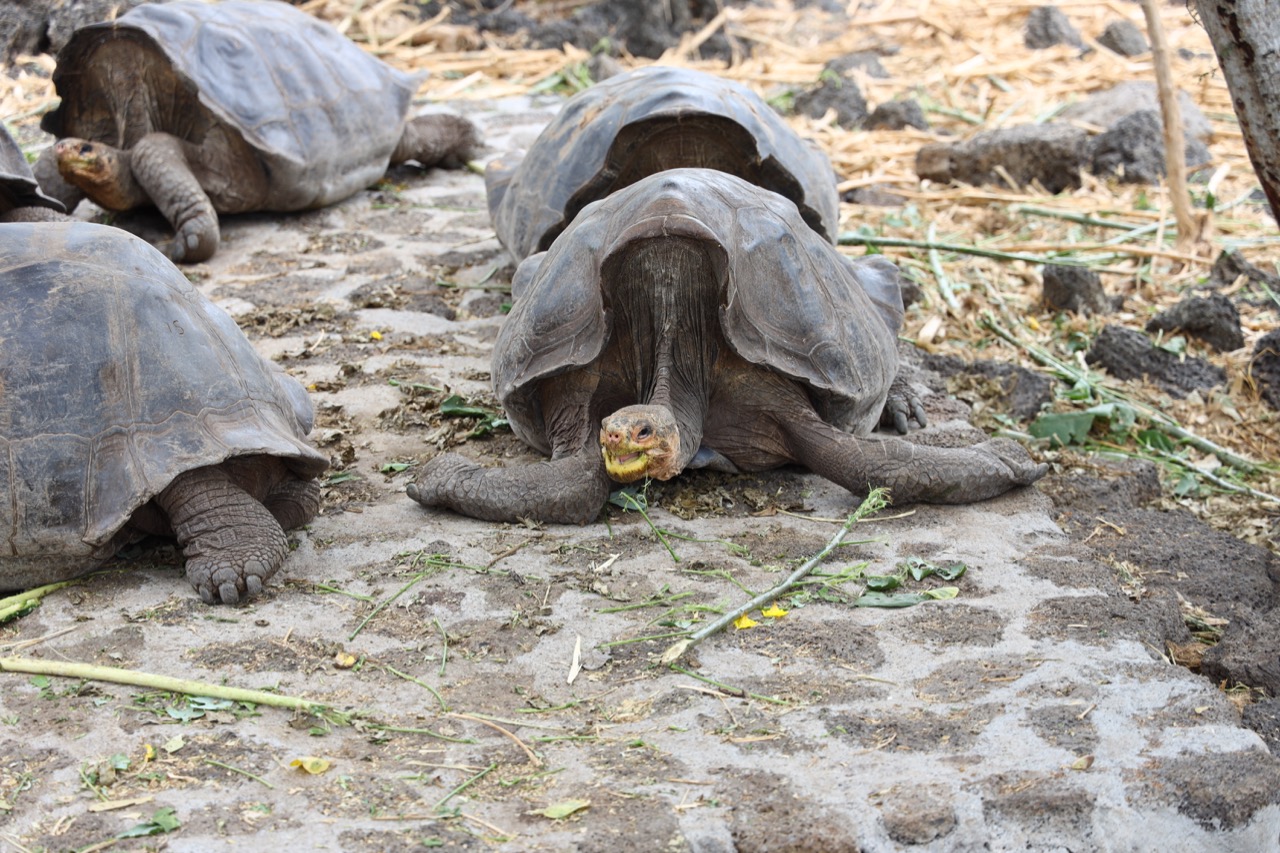 We have been fortunate to be allowed to visit three islands, San Christobal, Santa Cruz and Isabella.

We checked into San Christobal, arriving late afternoon seeing lots of Mantas, dolphins and more, when we in the last light of the day, passed down along the North western coastline of San Christobal. In the mid afternoon the following day, we were visited by 12 inspectors, who were checking everything. We knew about most things. The bottom needs to be clean, there are certain vegetables and fruits you are not allowed to bring and the lists are available on the internet, and they are changing often.

But the new for this week were – you are not allowed to bring medicin which has passed the due date and no red meat, ONLY chicken and fish…

As we had provisioned and have a good size freezer this was clearly a problem, if it was located on the boat!

Galayachts representative was extremely helpful and came to our boat before the visit and helped us with the last details, so the inspectors visit would not reveal anything, which would hinder our stay on the islands. Our bottom was inspected by a diver and was cleared in a few minutes. Others were turned away for cleaning 40 nm out. I think most where hiding behind the next corner and cleaned. In generel, the authorities are very cautious of protecting their waters against the introduction of new species. And it is fair to say, that there are many examples of introduction of new species, which have  disturbed the equilibrium between flora and fauna on the islands. The goats, rats, pigs just to mention a few have really disturbed the original Darwin environment a lot.

They got their expired medicin and the meat had left the freezer for a short while and as said, chicken and fish was approved.

Christobal is known for its Sealions, and they are everywhere. Already the first night they had found there way into the cockpit of Greyhound next to us – they smell, so we protected our entrance with lots of fenders. 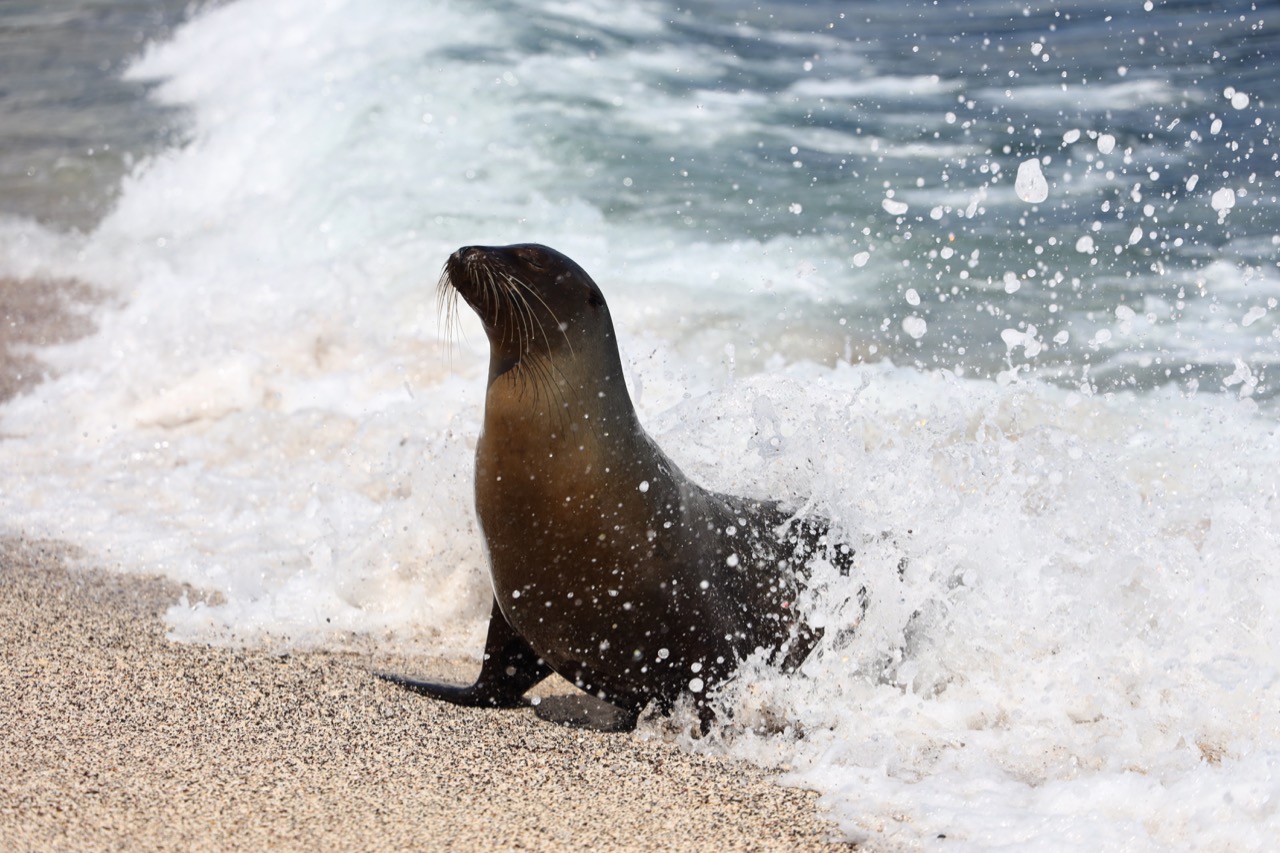 The plan for our tour of these fantastic island was to visit San Christobal where we could check in, then visit Santa Cruz and finally go to Isabella from where we would leave. We planned to stay for two weeks and then start the long crossing to French Polynesia. As usual and we should know by now, write your plans with a pencil and be flexible. We had ordered a new 24 v alternator, which broke two days out of the Pearl Islands and we were confident it would soon reach us so we could install and get going. Not having that, our battery charging was left to the generator, which is somewhat risky, when you are sailing in these rather mighty waters.

In our first anchorage at Christobal we were surrounded by swimming mantas, sea turtles, small black tipped sharks and more. On the island we visited the dive site Kickers Rock which was fantastic, and of course we toured around on the island and enjoyed the relaxed little village, which is the only settlement on the island. After four days we left for a nice 40 miles sail to Santa Cruz and anchored up in a very busy and rolling bay where, we were to stay 5 days and ended up staying more than two weeks. From here we saw the wonderful landscapes of pure volcano, we saw the giant turtles both in breeding centers and in the wild – 250 kg and moving about 10 km a month. Much slower than a sailboat, which is slow. We explored the underwater world and dived with sharks, turtles, sealions, manta rays and many many others. We took boat tours to the inhabitant islands such as Seymour Norte, which you can only visit with local guides and saw Blue Bobbies, frigate bird and Iguanas – also the Marine sort which have mutated into an underwater Iguana. But I think you should look at the pictures of all these wild animals – they say much more than words 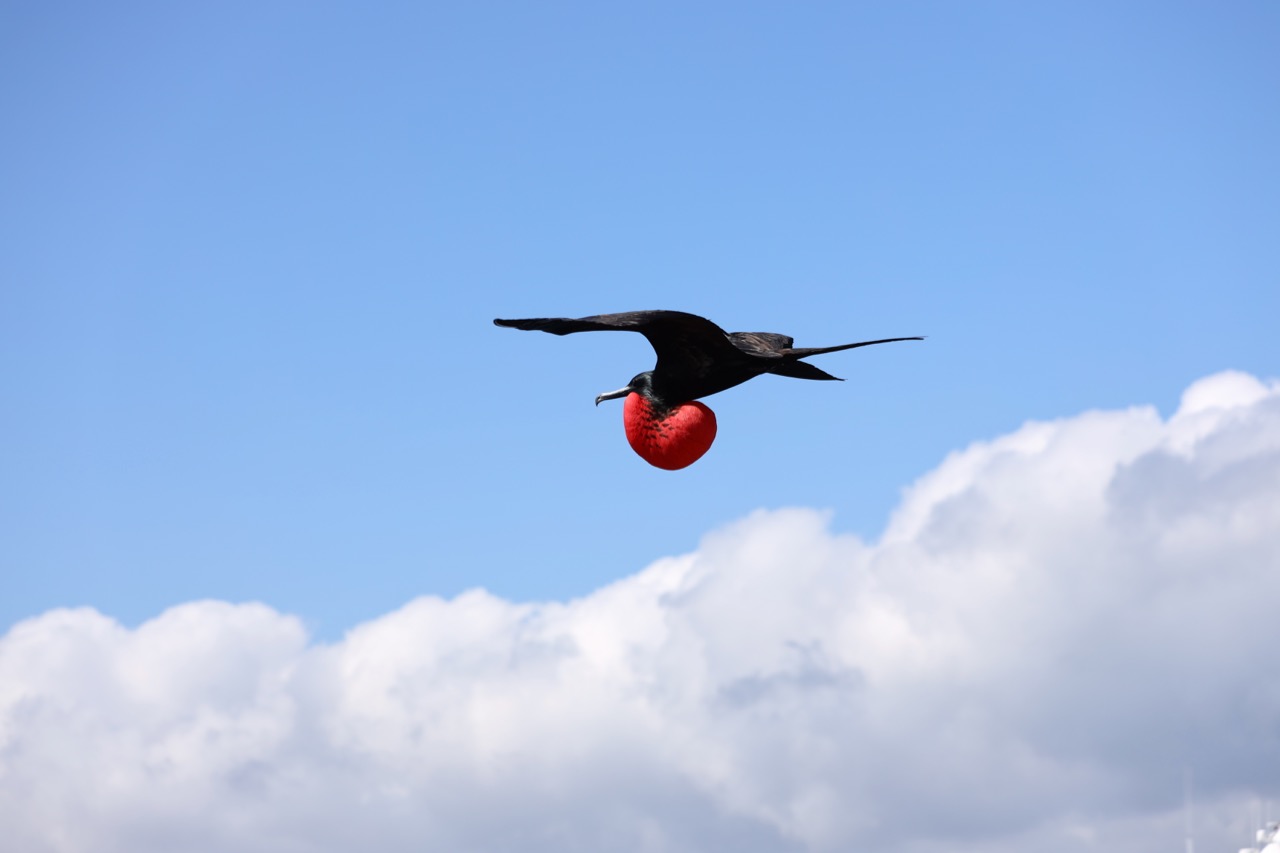 And finally we were sitting idle here in Paradis waiting for our alternator!

Again it was a local women who helped us out. Again we met only friendship and unconditional help. It turns out that packages from US ends up in Equador and are stock in custom for weeks. So the lady told us, to ship it to Equador to her friend and he will pick it up and put it on a flight to Santa Cruz, that way it is not going to get lost in transit…. Of course the first reflection is, can you trust this completely stranger and her friend in Quito. We did and they made good on their promise – our package arrived and we got a new friend whos name is Stefanie. THANKS.

So finally moving on to Isabella, which is the real Galapagos, where Greyhound patiently had been waiting for us for some days. Isabella is very rural and very laid back as I believe all of these Enchanted Islands were 50 years ago, before the tourist boom.

Unfortunately it was getting late and French Polynesia was waiting. So after a few tours, the instalation of the 24 volt alternator which Greyhound was more than able to make happen, THANKS, and suddenly we were on our way after nearly a month in Paradis. 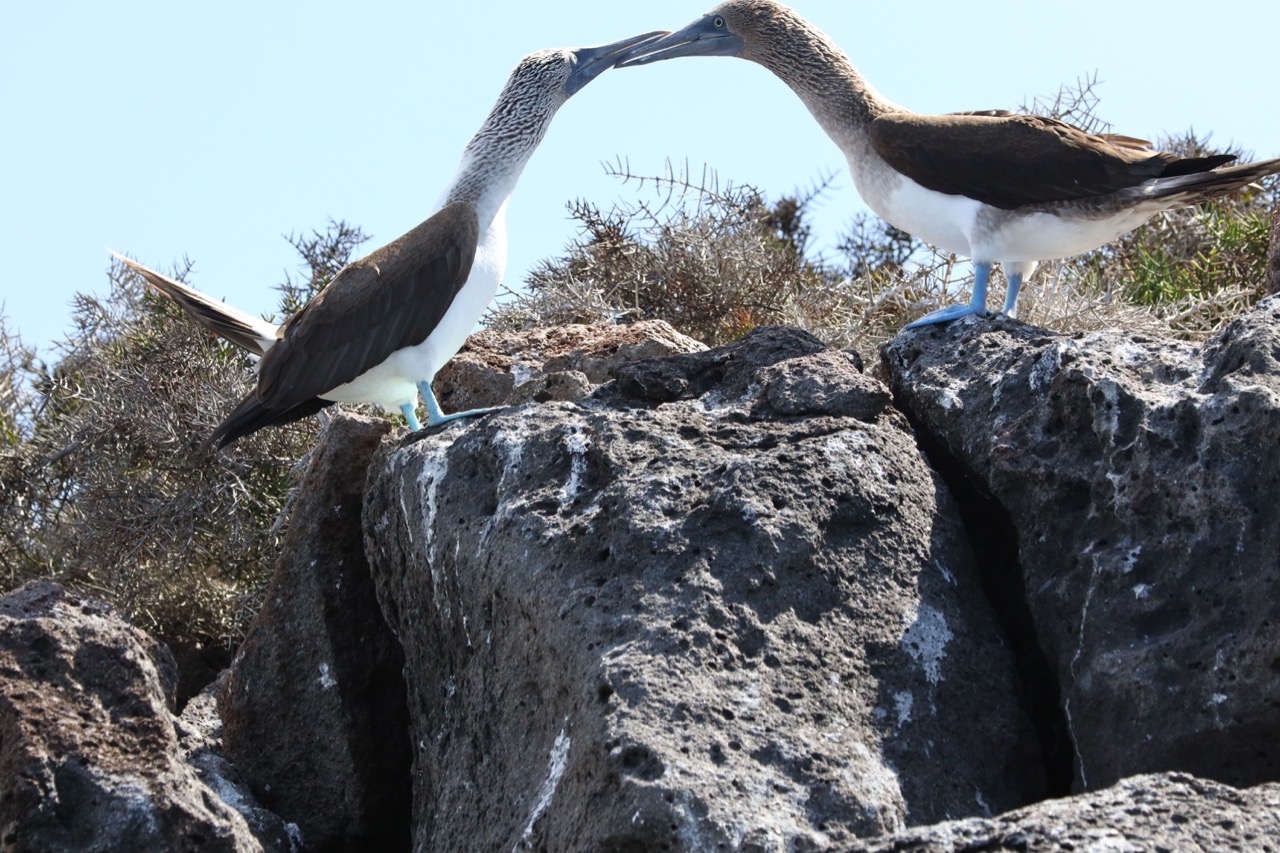 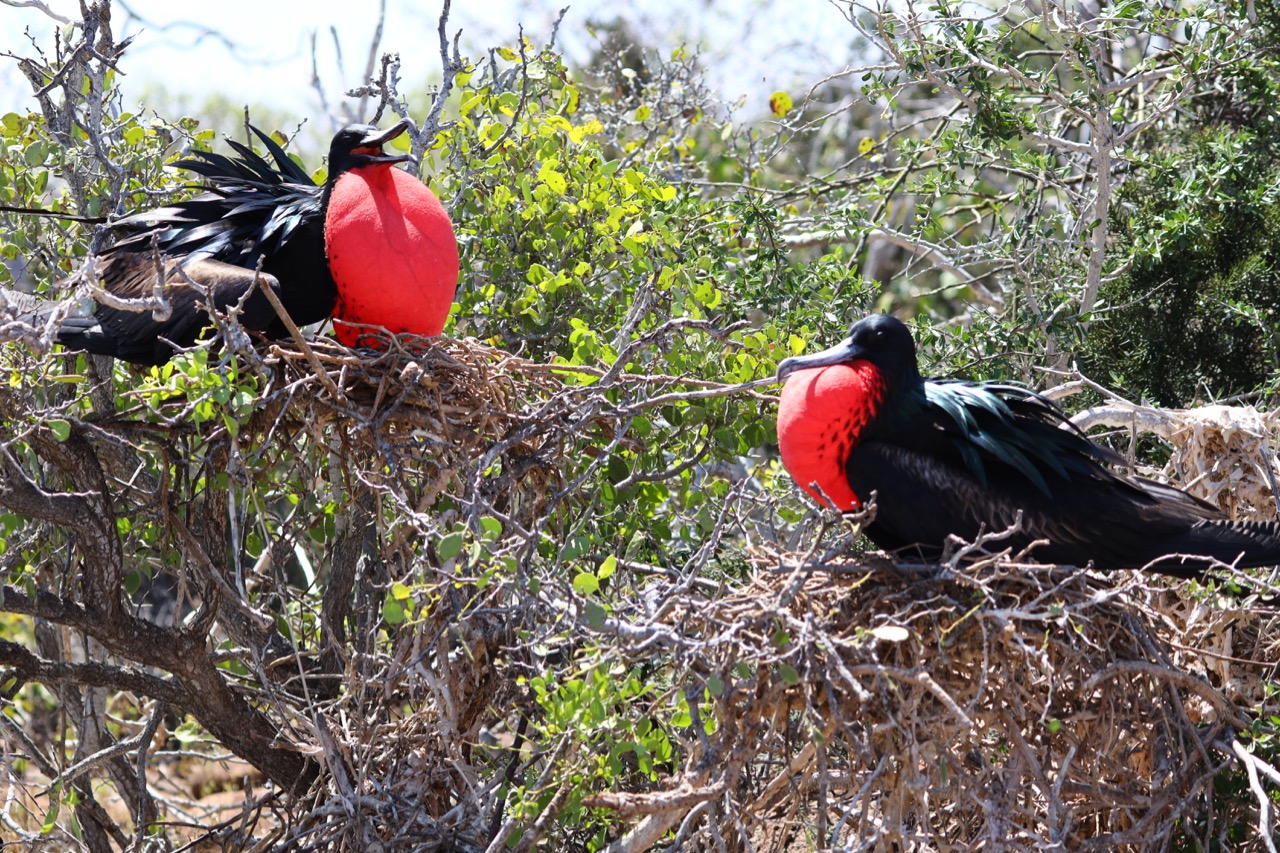 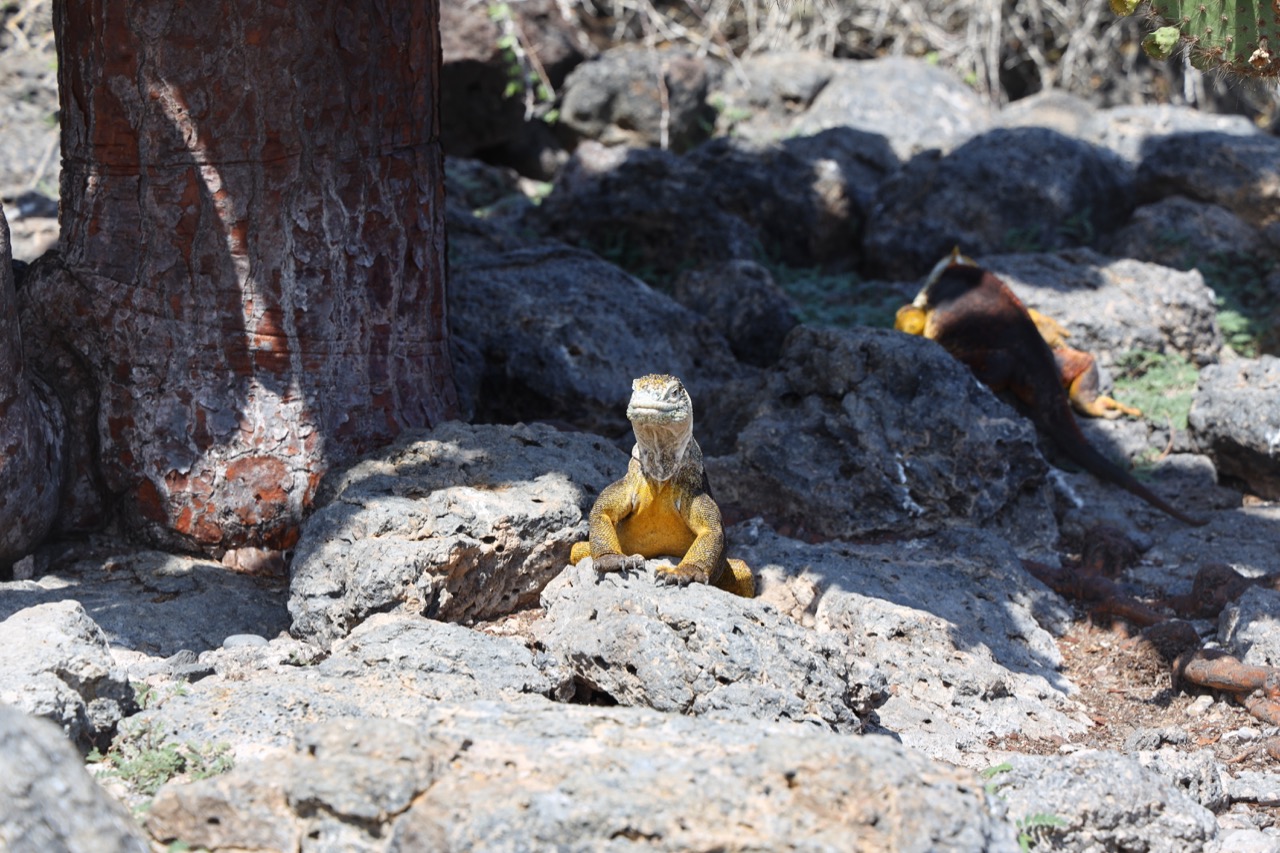 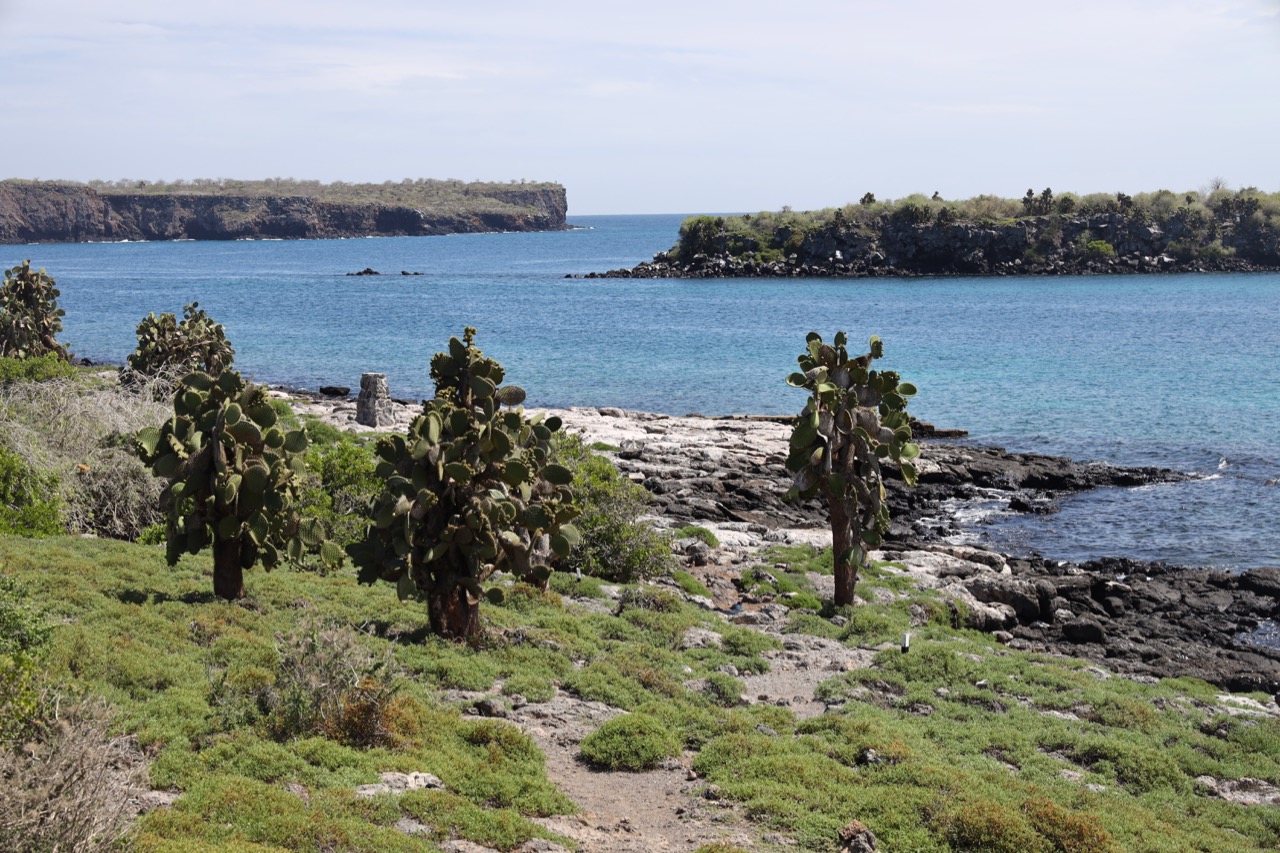 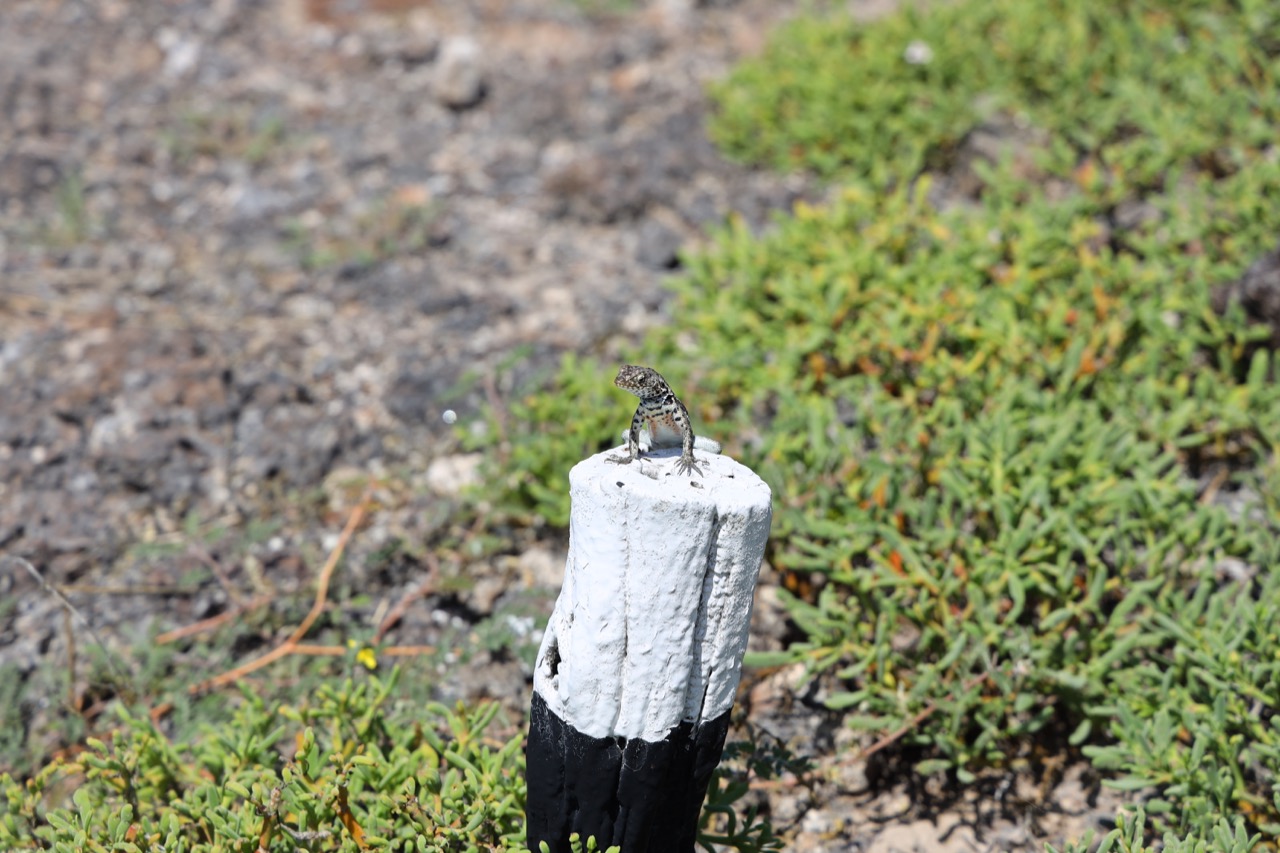 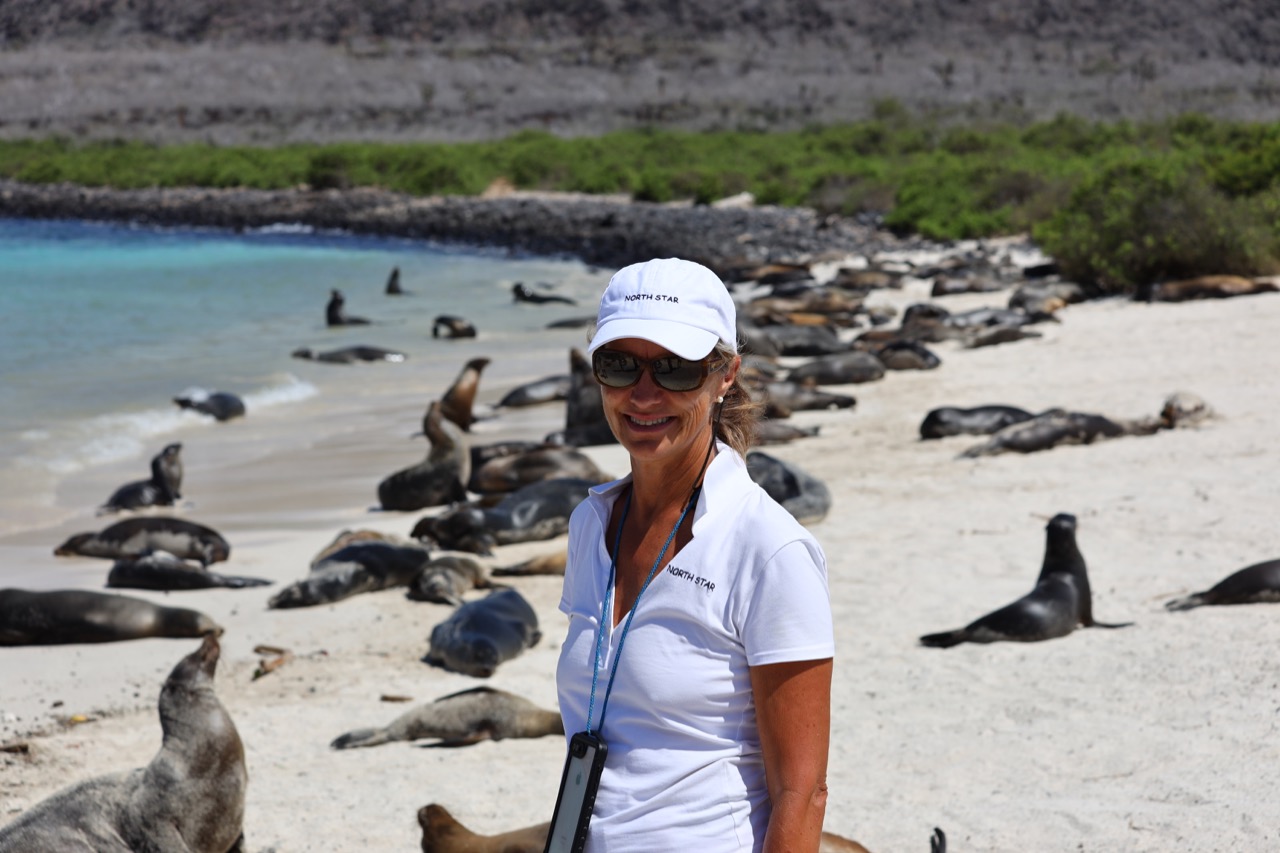 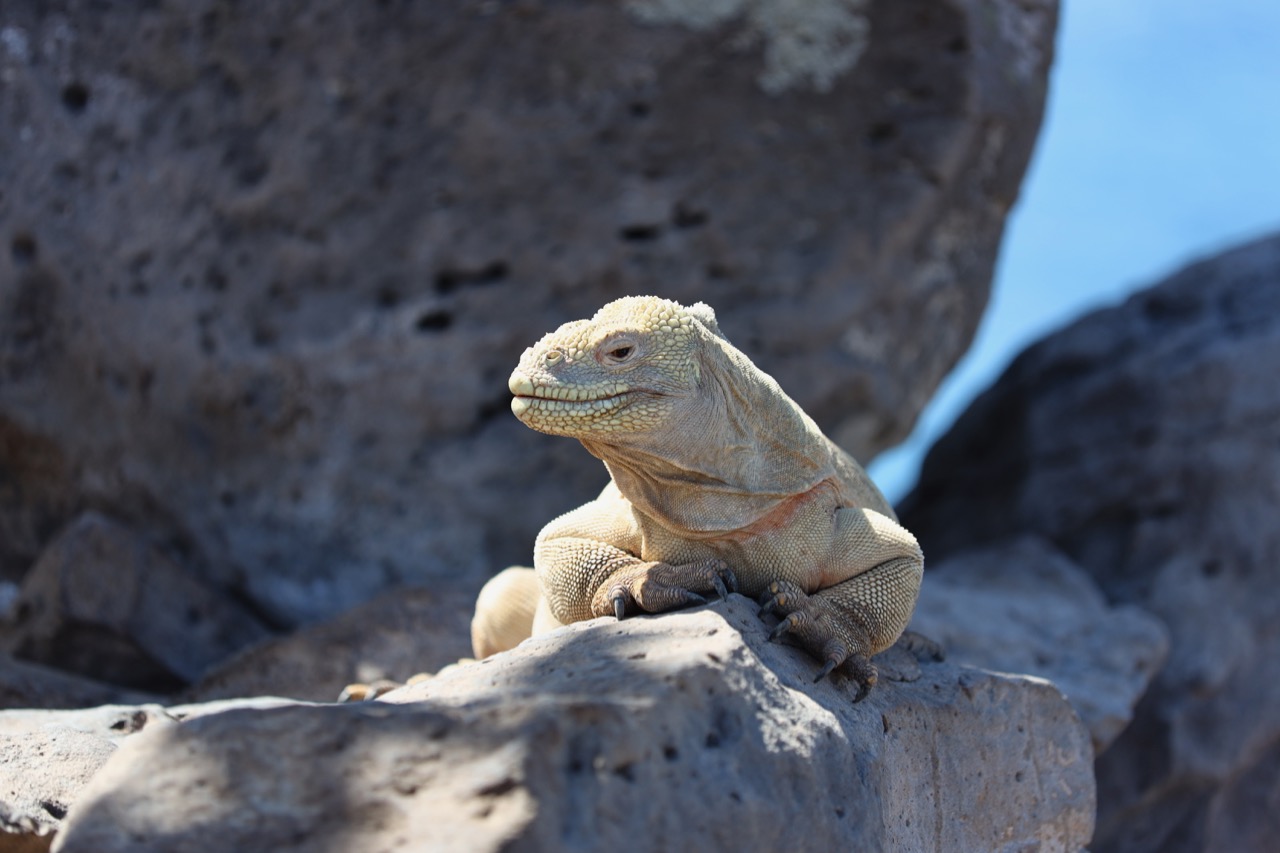 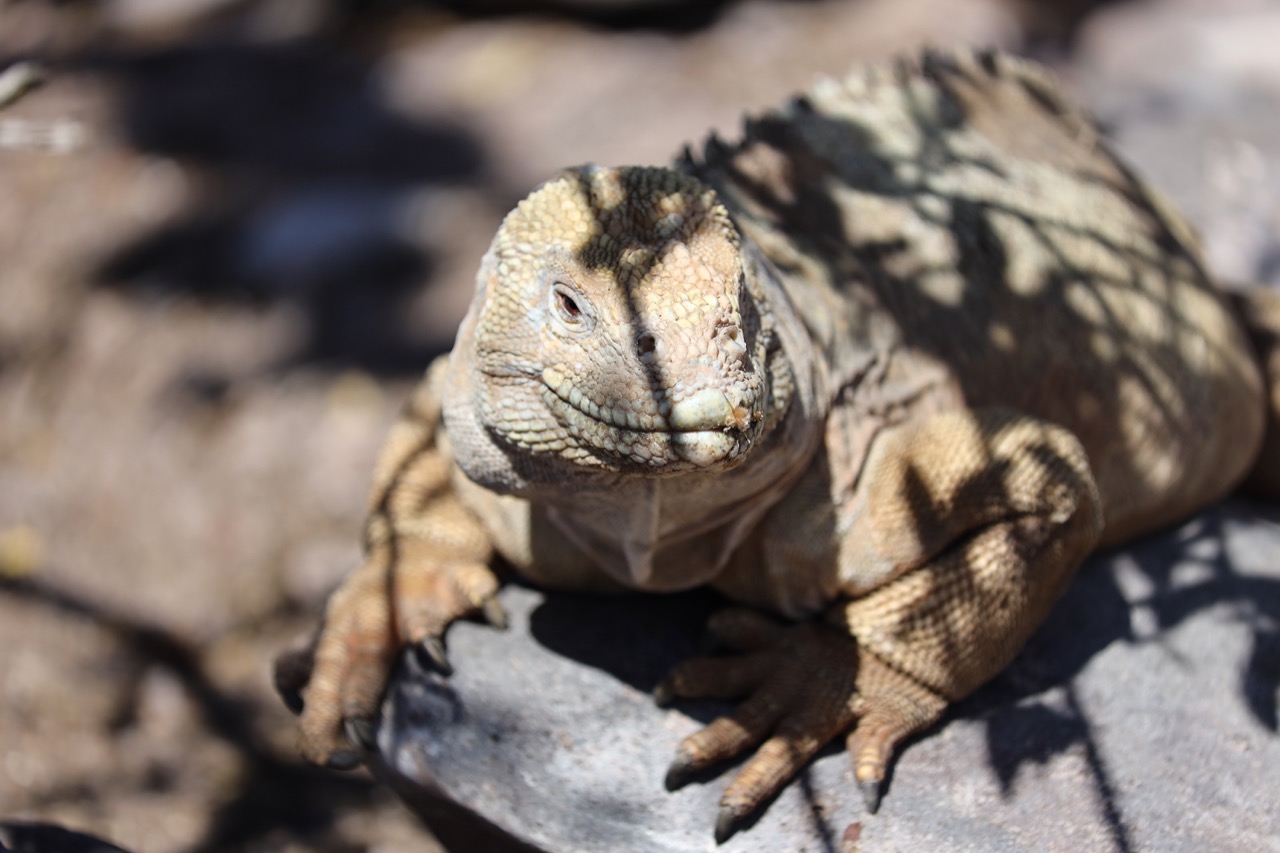 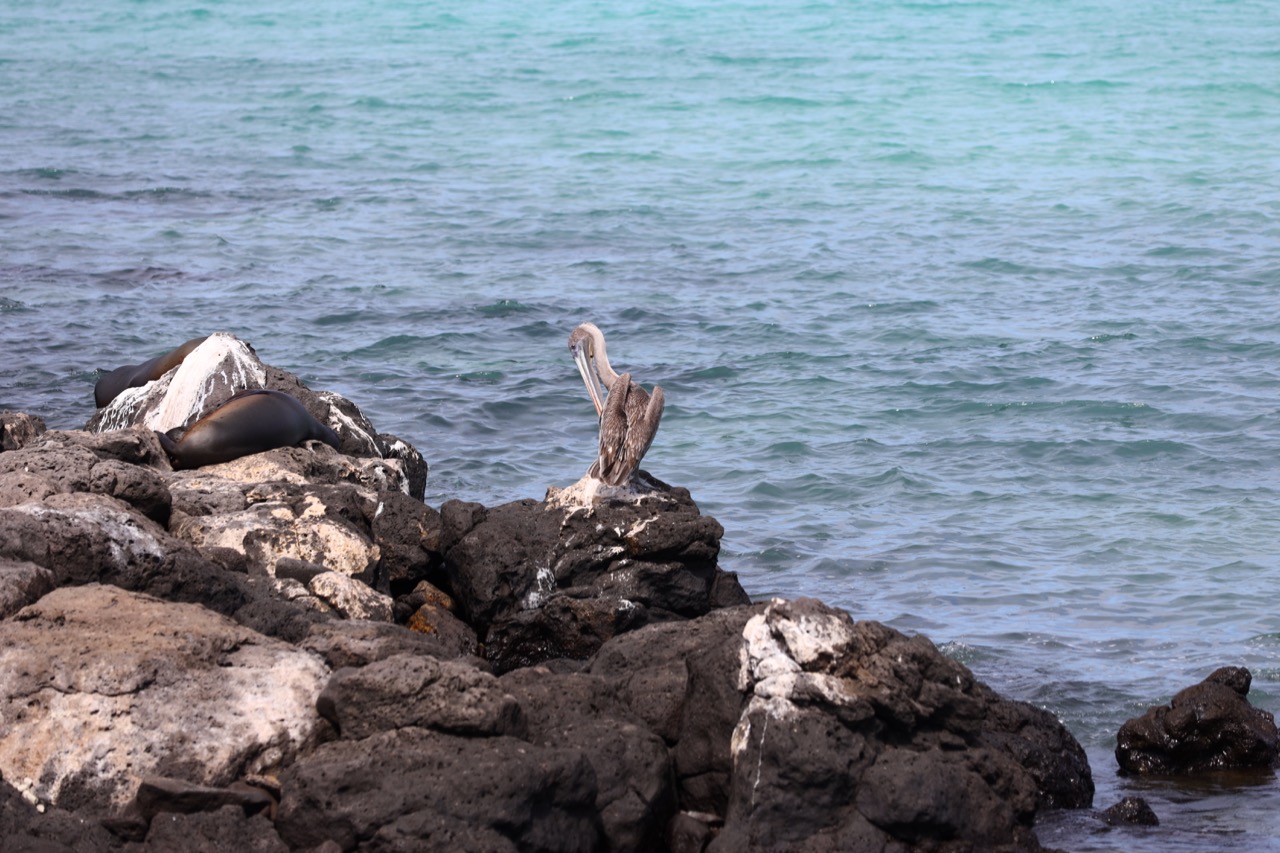 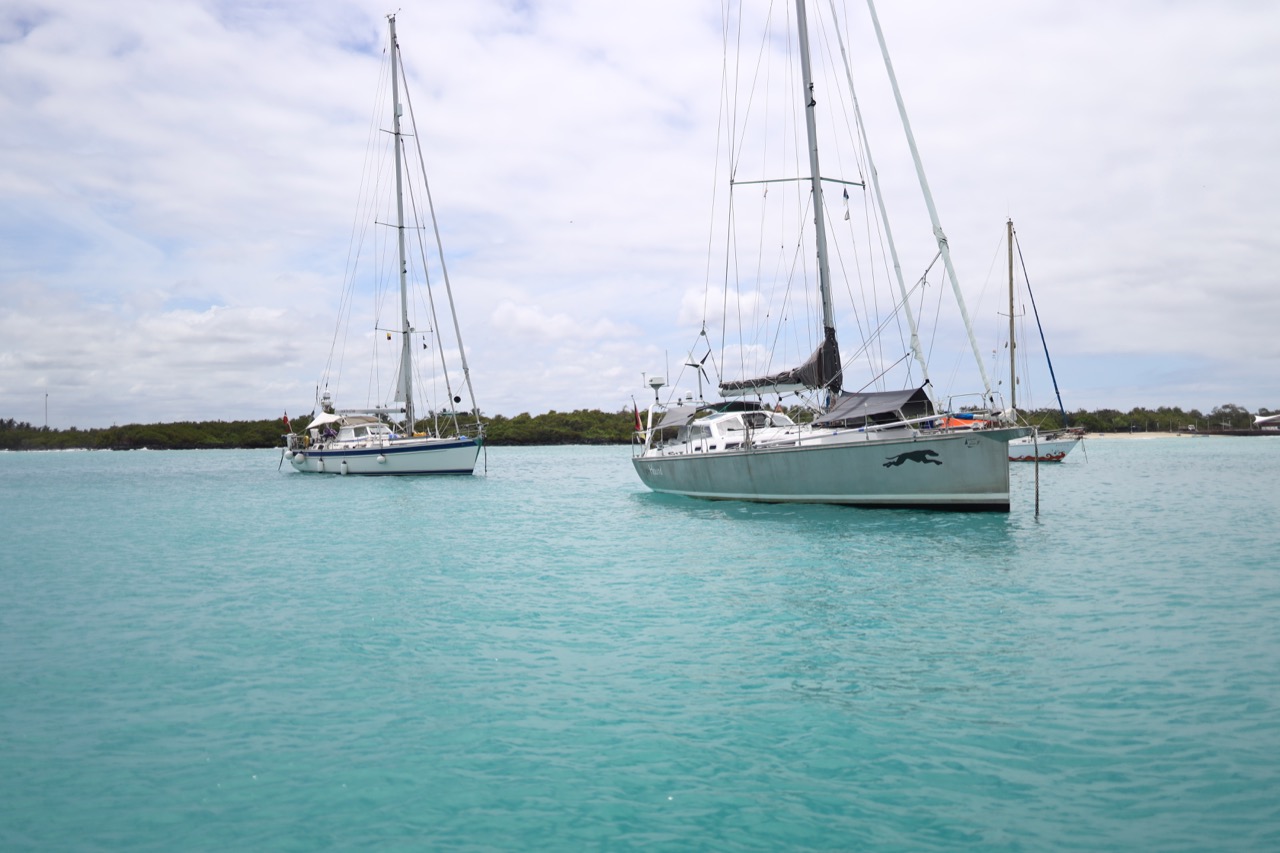 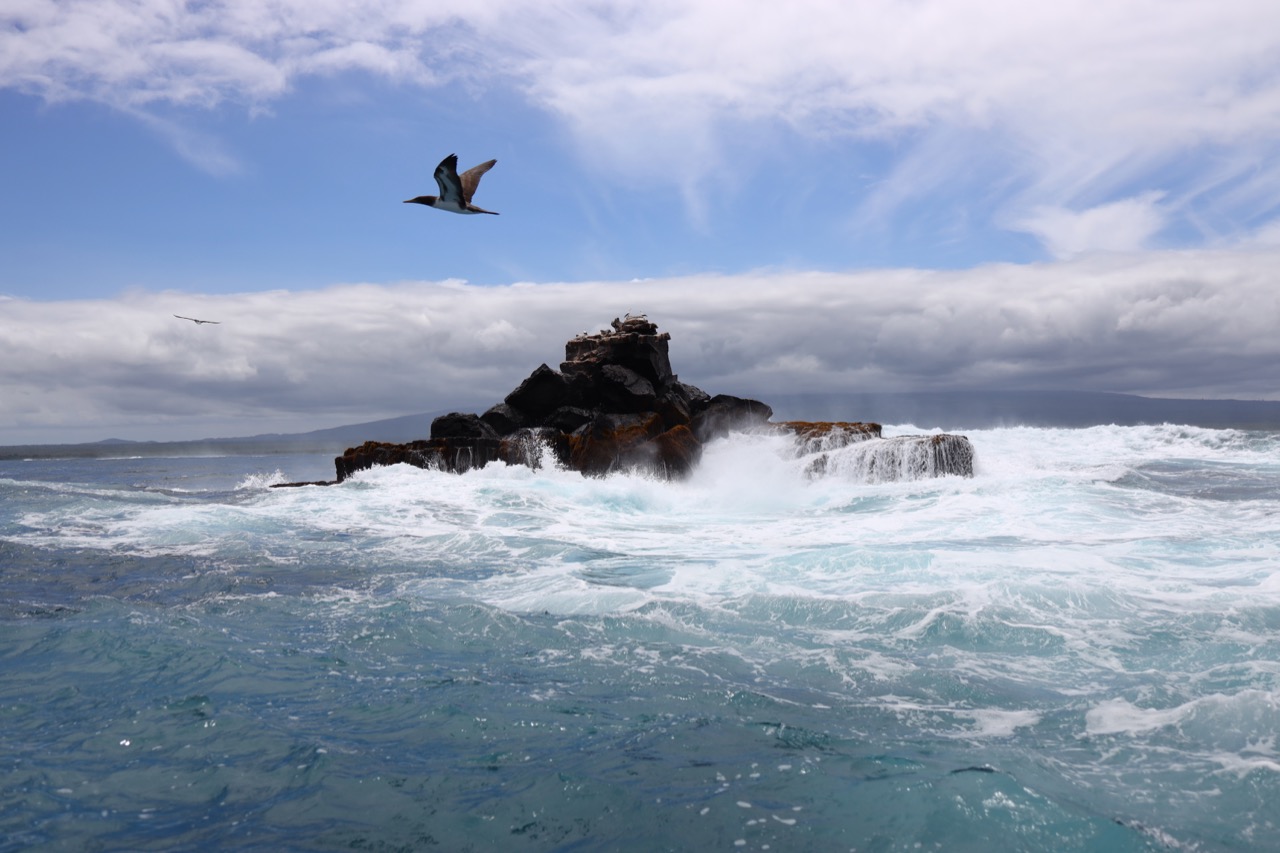 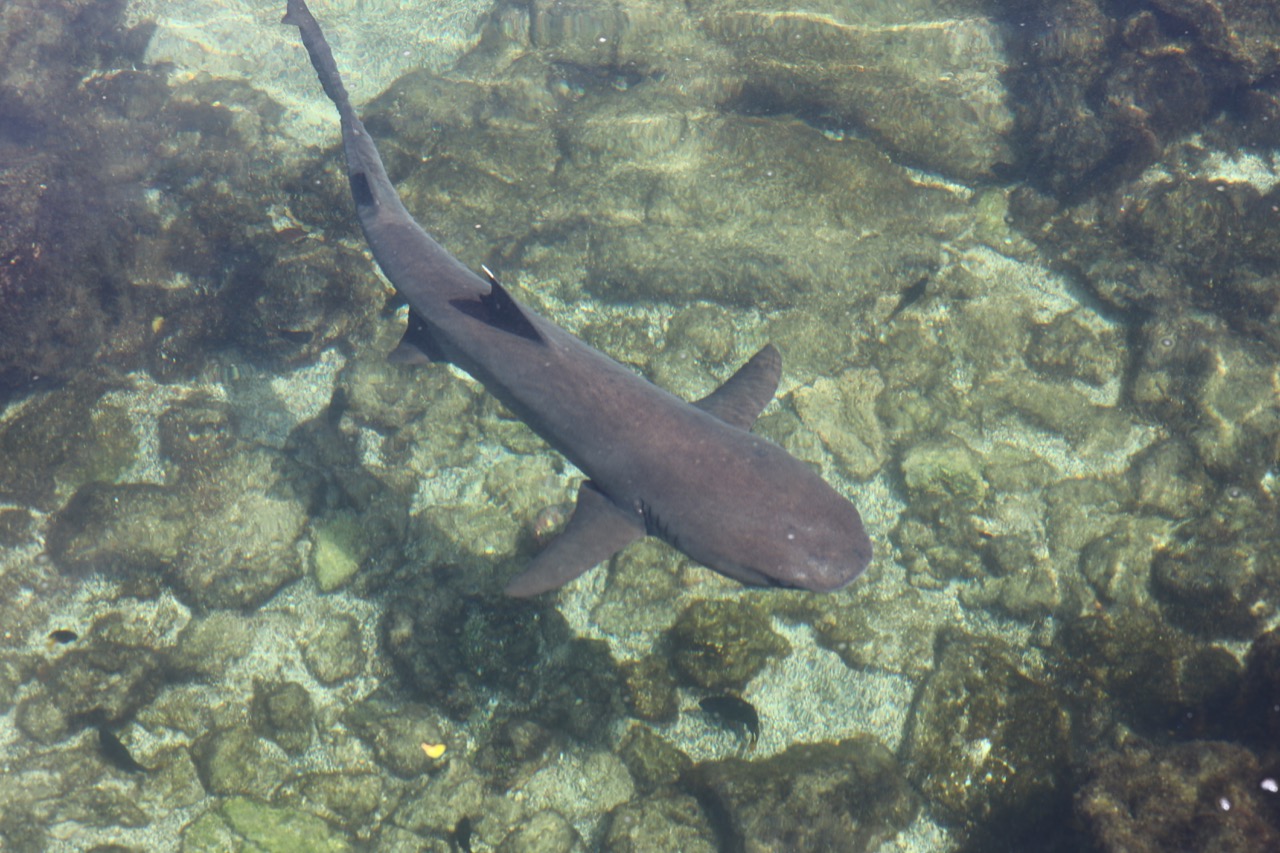 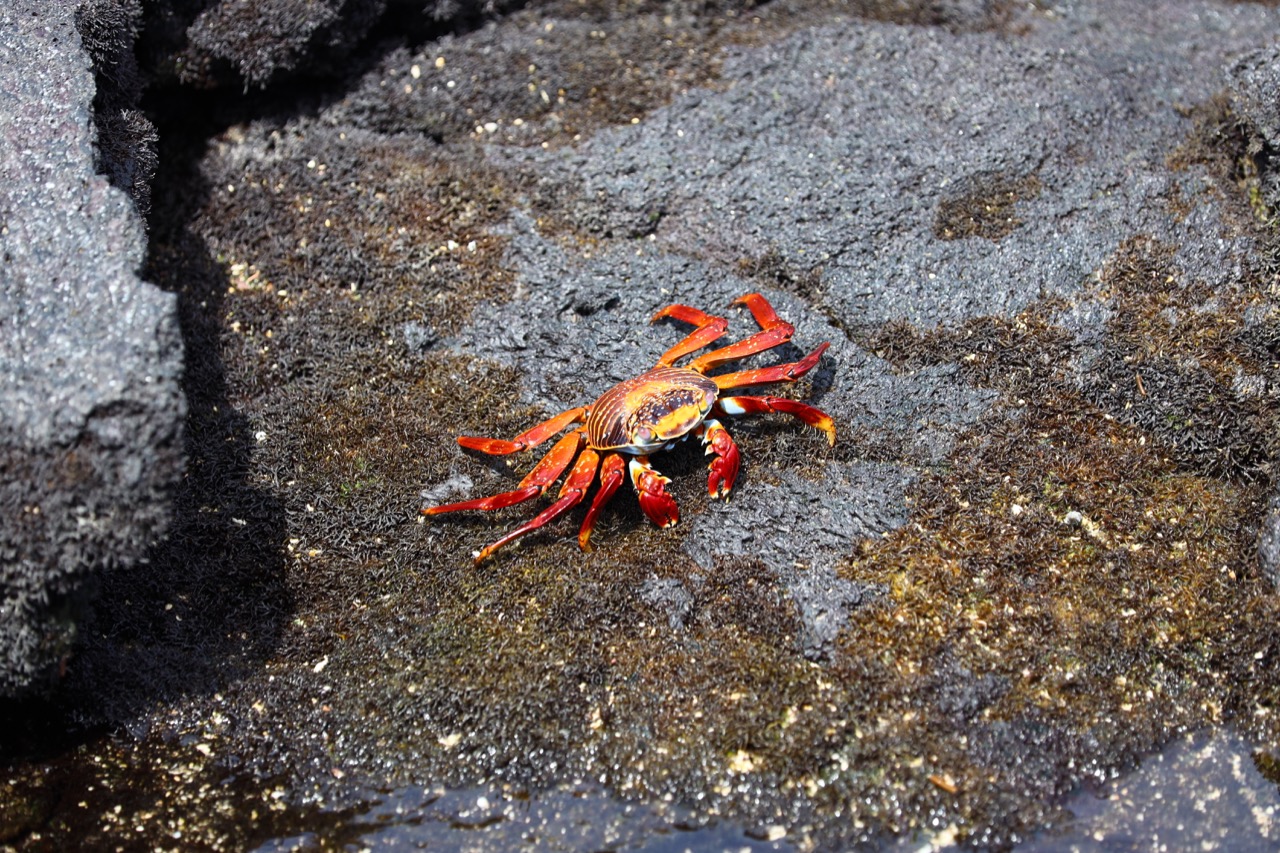 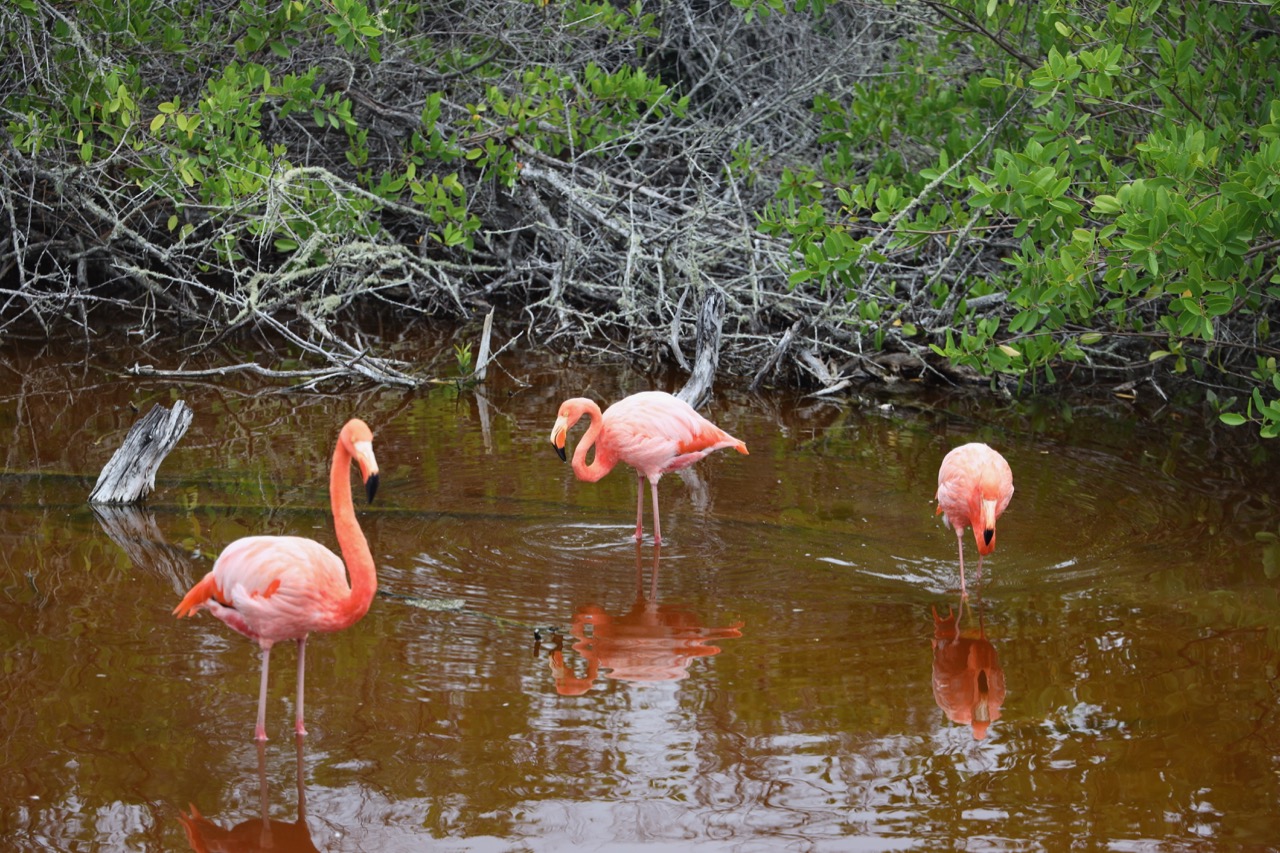 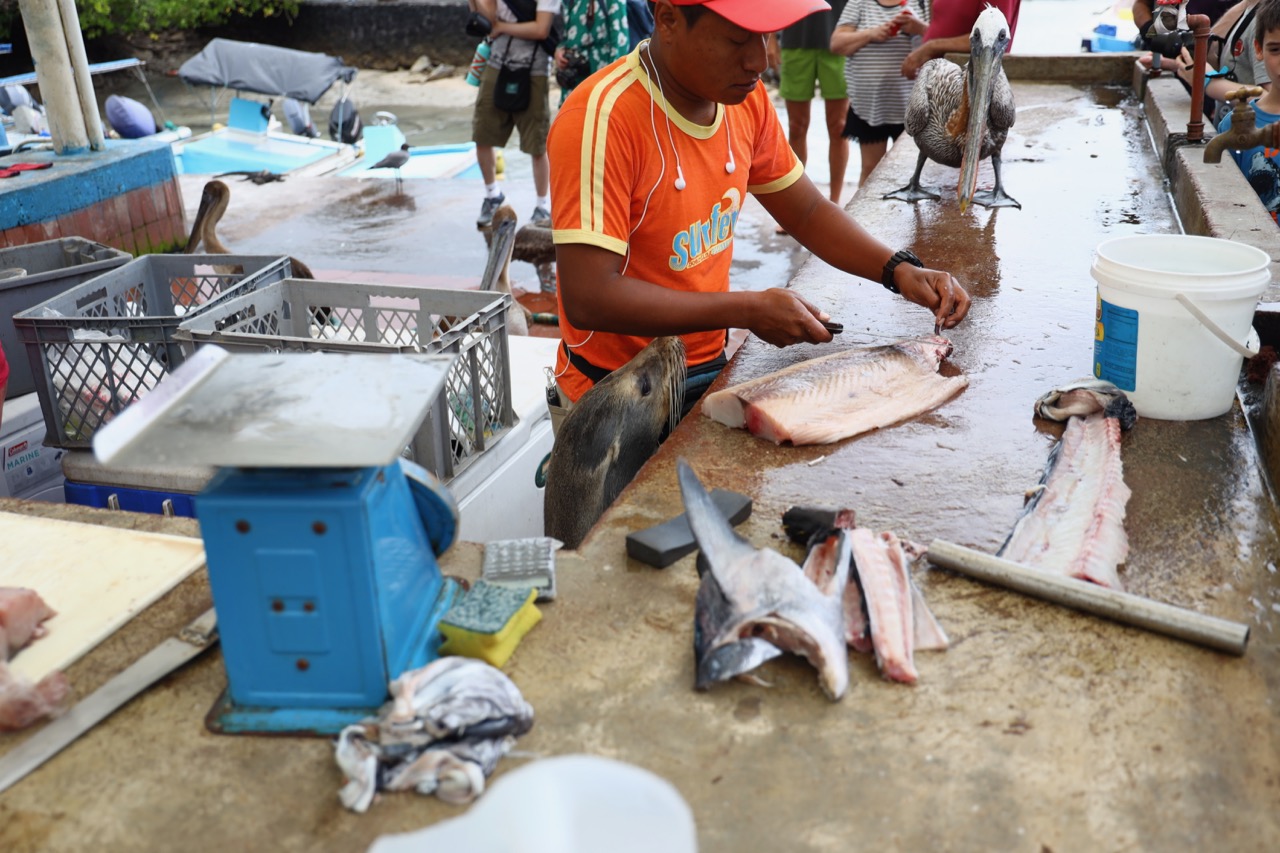 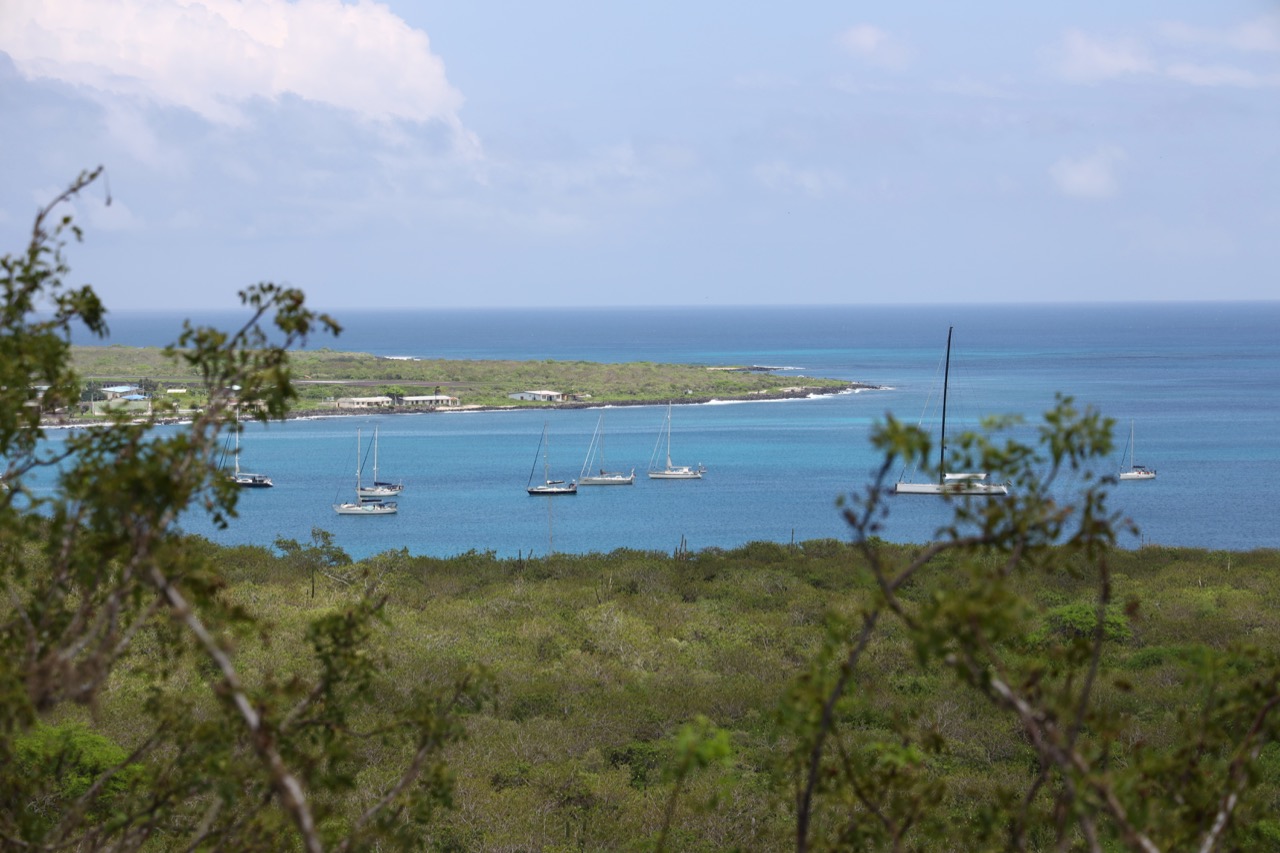