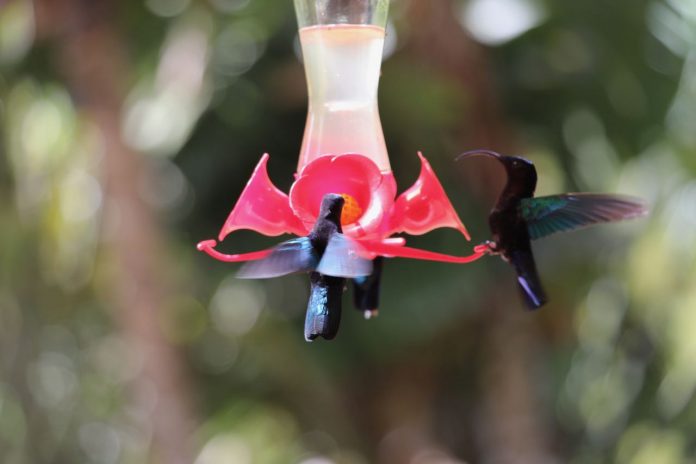 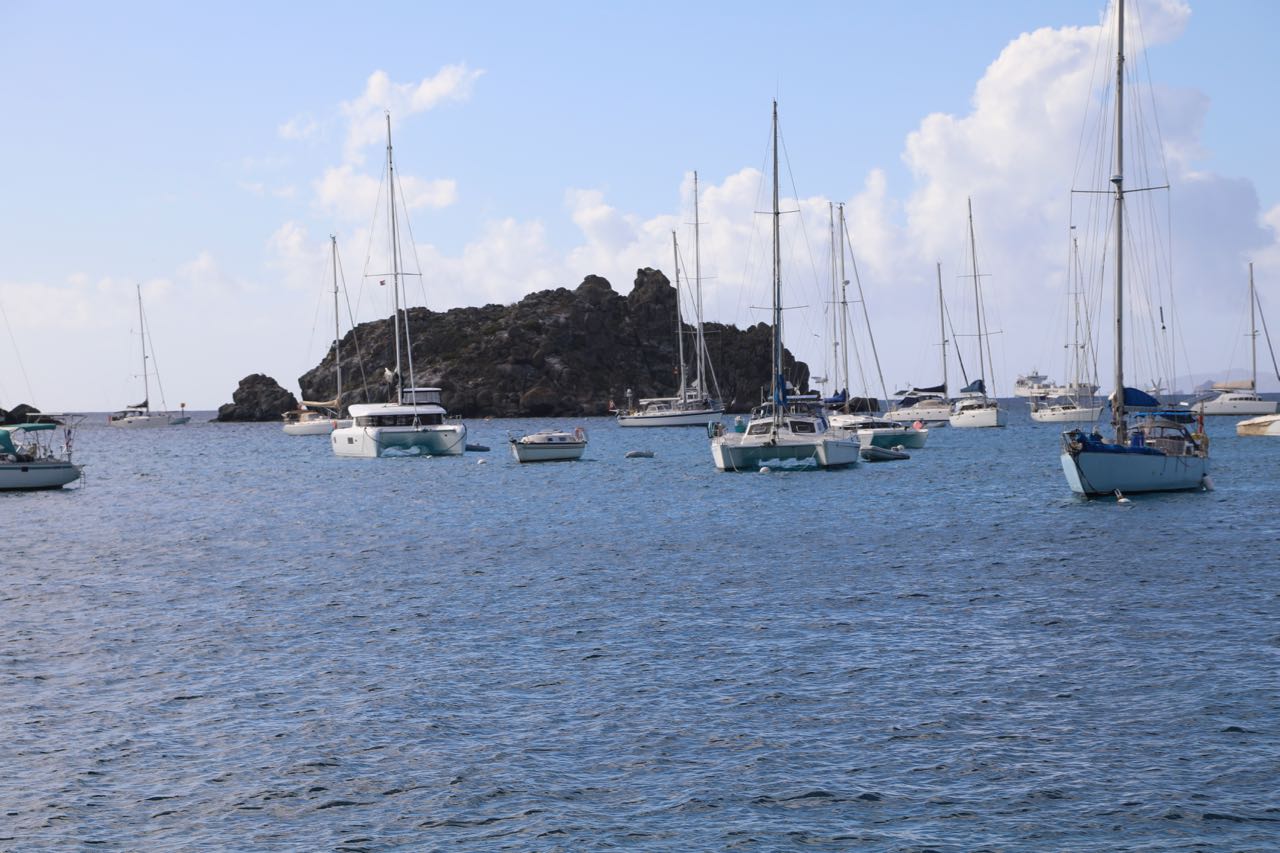 The weather has been unsteady this season in the Caribbean, very windy and with changing and surprising direction. It is maybe so, but for us it has meant winds in the twenties and waves most often against, and so it was a very nice change when we left Barbuda going downwind to St. Barth. We arrived into the 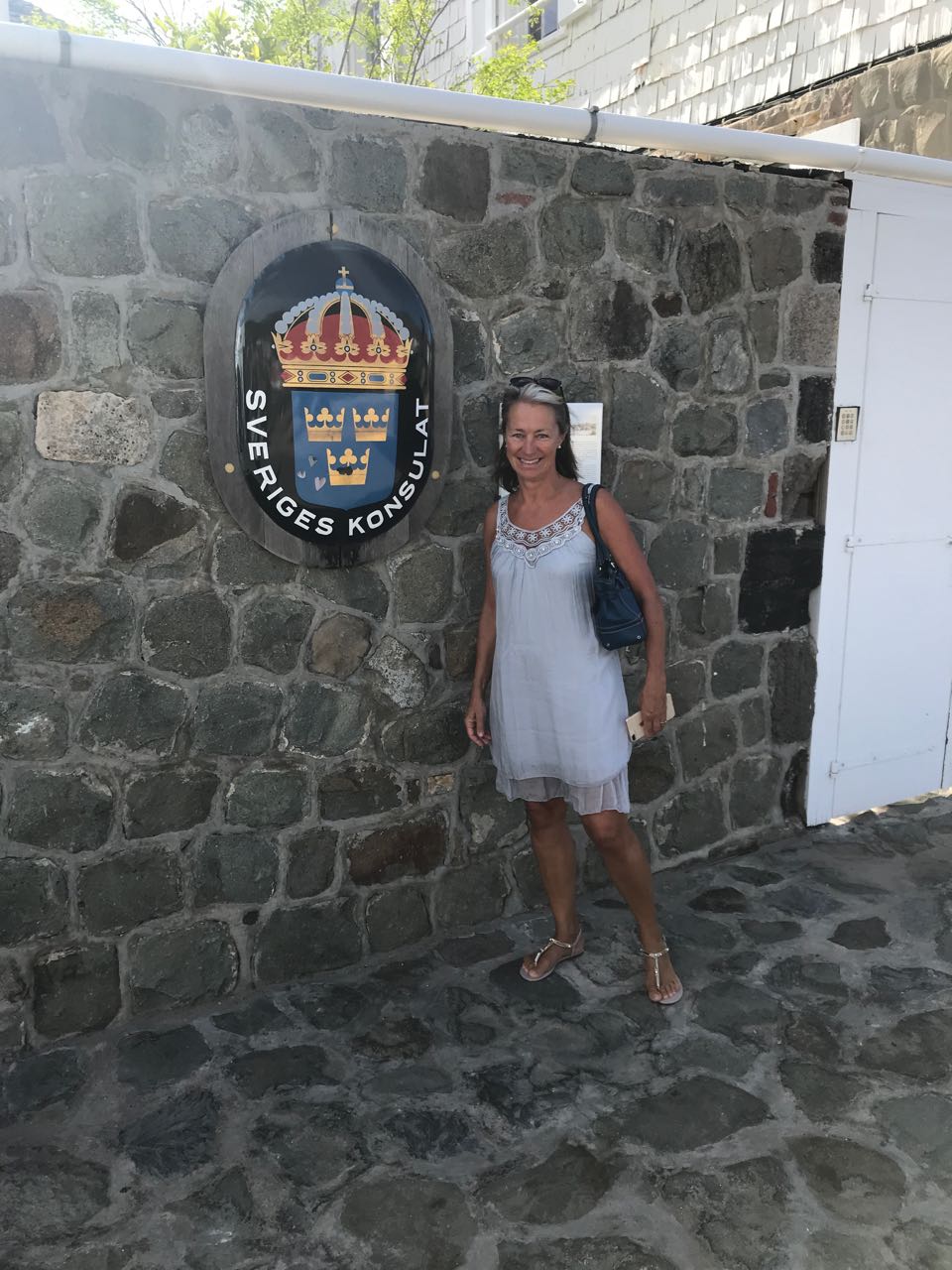 bay in front of St. Barth capital, Gustavia. It is uncomplicated going around the island and anchor either south or north in the bay in 10-15 meter of water. The bay has a reputation for being rolly, especially when the wind is coming from north and as we approached the forecast during the next 24 hours said that the wind would go into north even north west. That meant that a strong depression in the North
Atlantic would create 3-6 meters of swell in the bay!! At least that was the forecast, so we hurried into Gustavia to enjoy this wonderful little half swedish, french and english island. 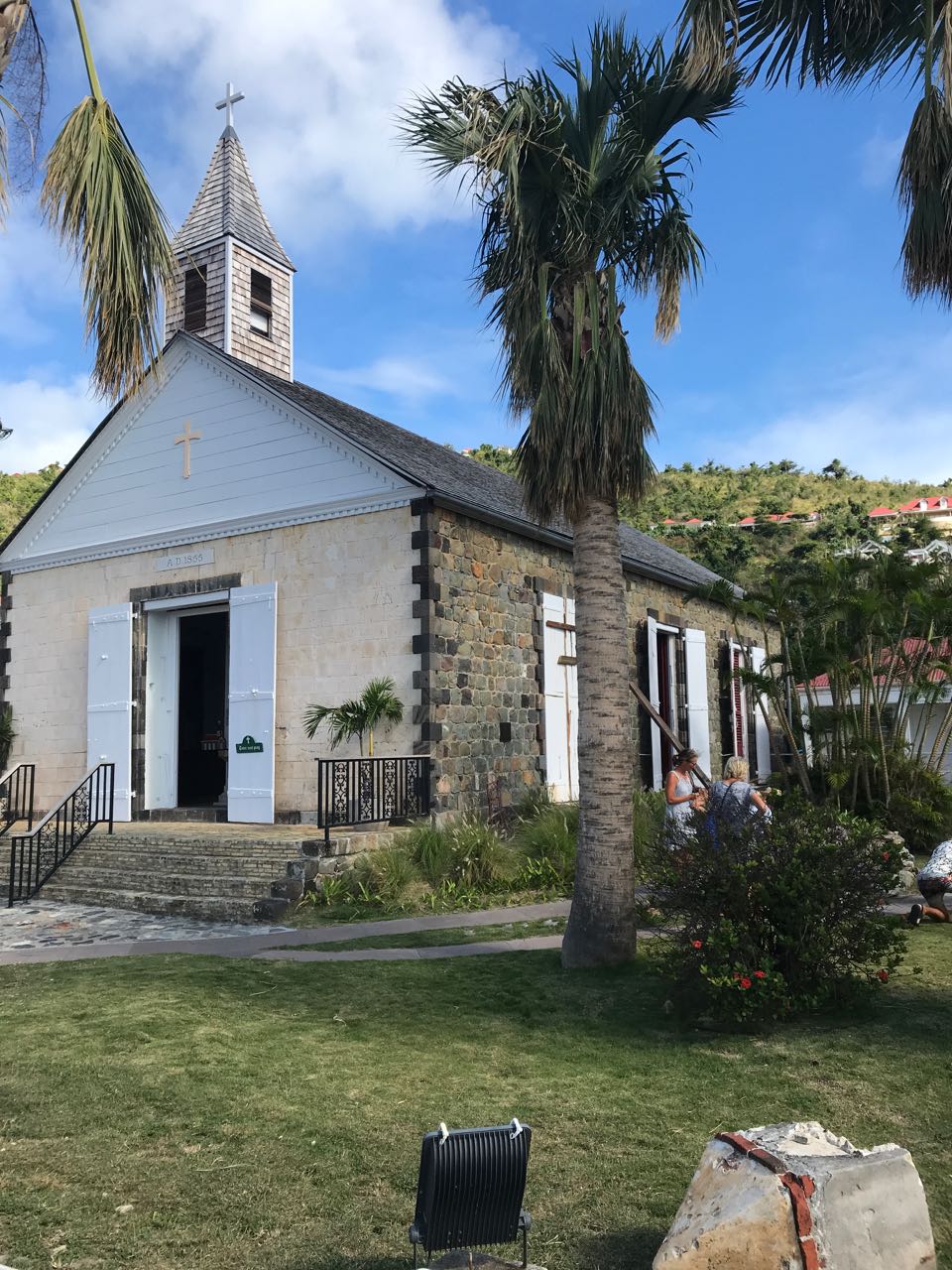 Today it reminds you about a small swedish town on the west coast of Sweden, with houses and street names to match. But fortunately the bakeries and restaurants has long been occupied by the french, not to insult Marie, who flags out of Stockholm. But, fresh bread and croissants was in the waiting! 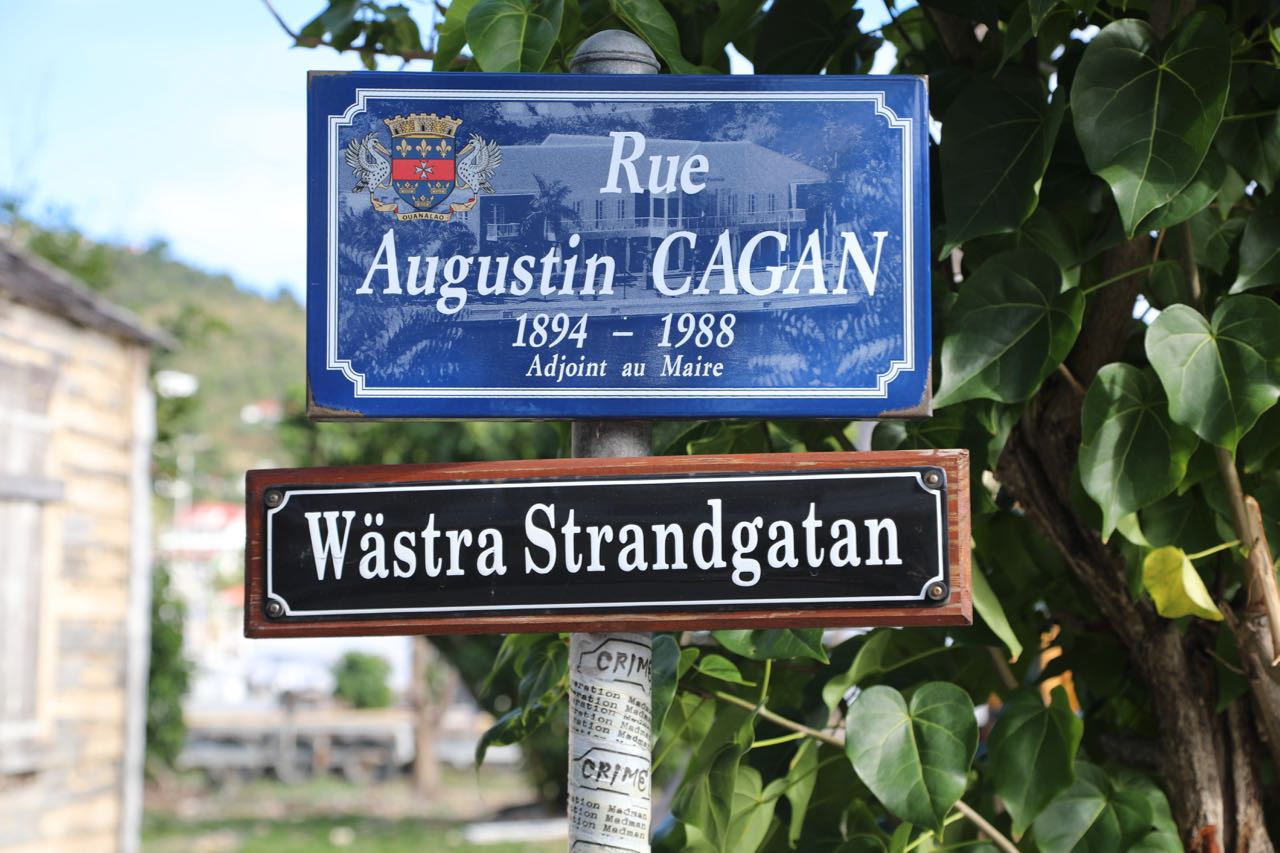 We spend a wonderful day walking the town, seeing the old houses and wondering why all the super yachts which St. Barth are renown for, was leaving one by one. The harbourmaster was very direct with us – when the wind goes into NNW, no one wants to be in this bay, it is dangerous. 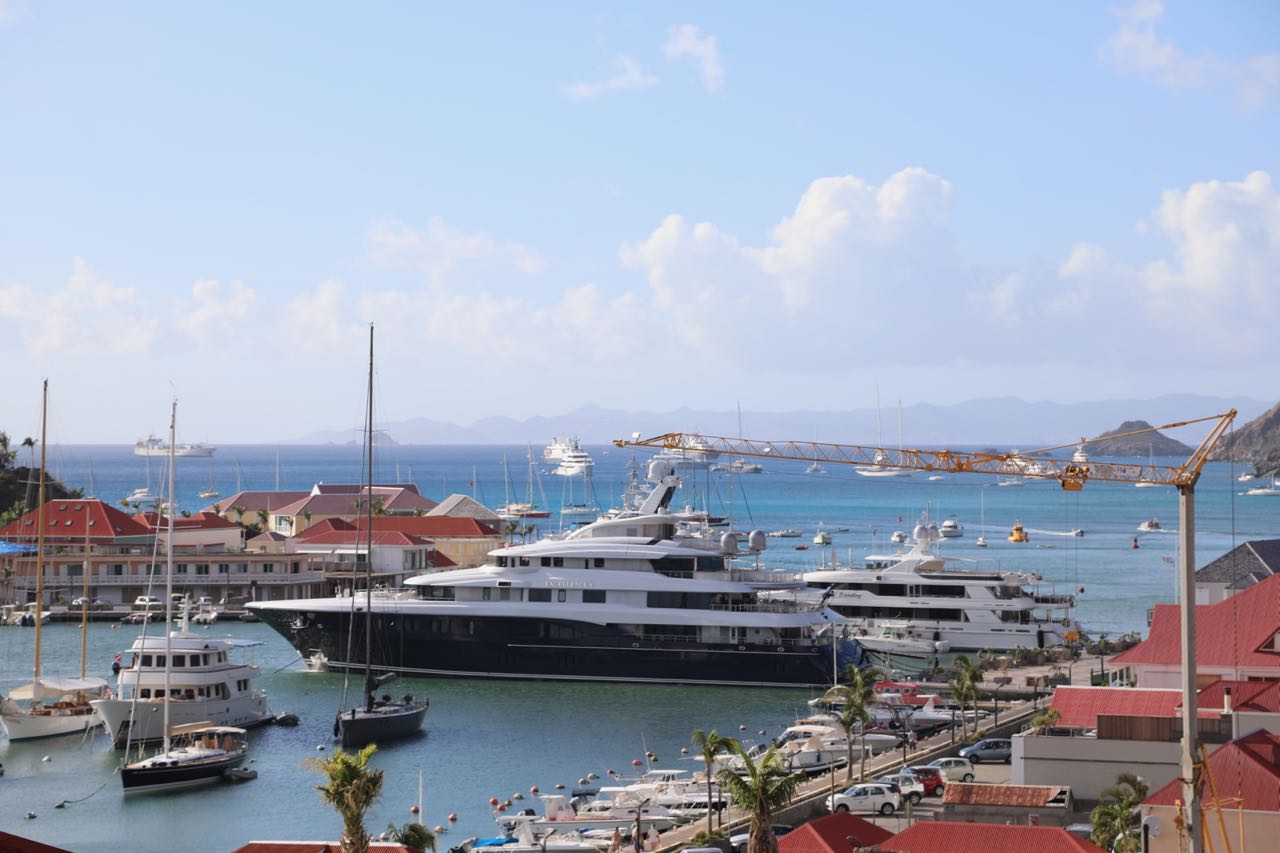 Ok, we assume he knows what he is talking about, so the following morning we left going to the northerly bay of Colombier, which is very nice. Buoys are laid out for boats up to 20 ton ( and they did hold our 23 ). 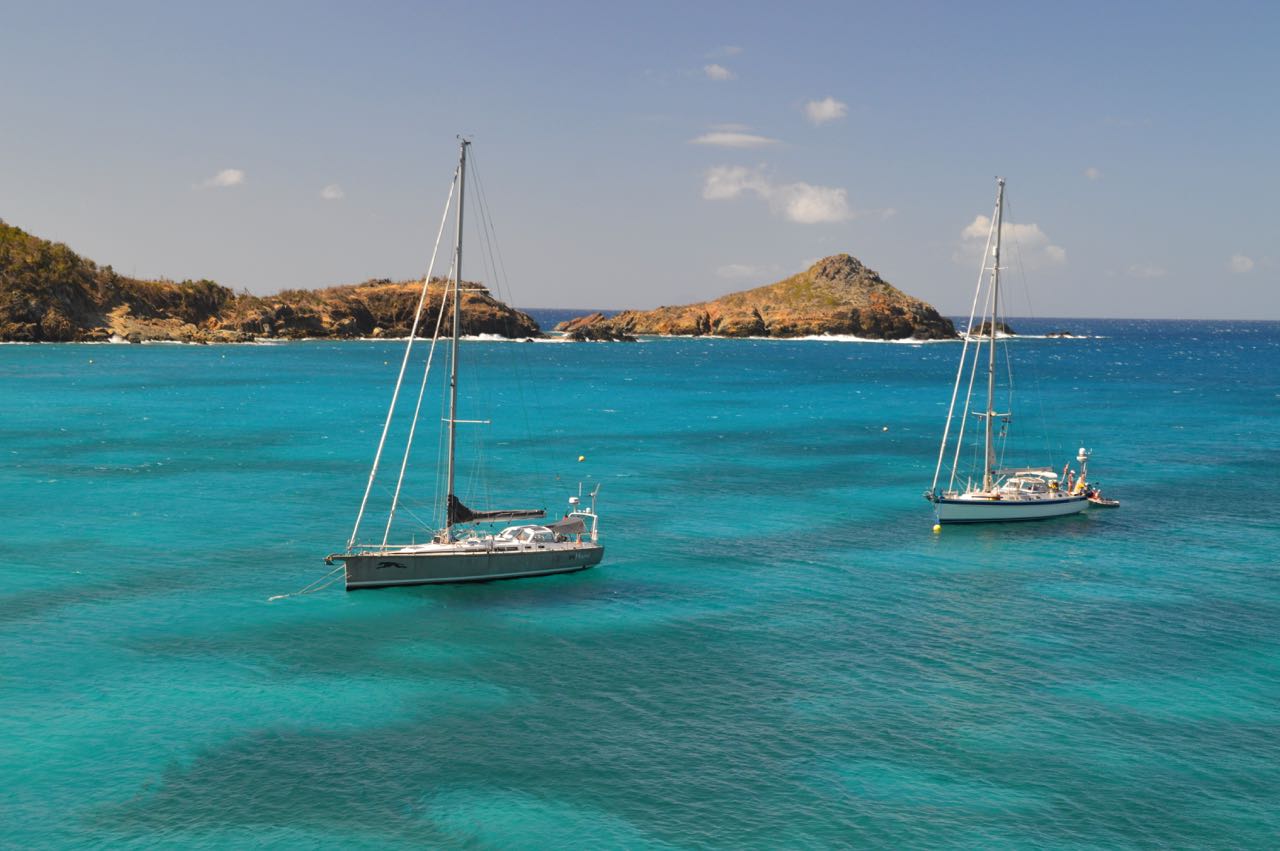 I dived on it as usual, and it looked really great, but we did reinforced with a rope directly into the concrete on the bottom. We then enjoyed the turtles and stingrays, the hike to town and the refreshing swim in the sea. It is a very beautiful bay to visit. 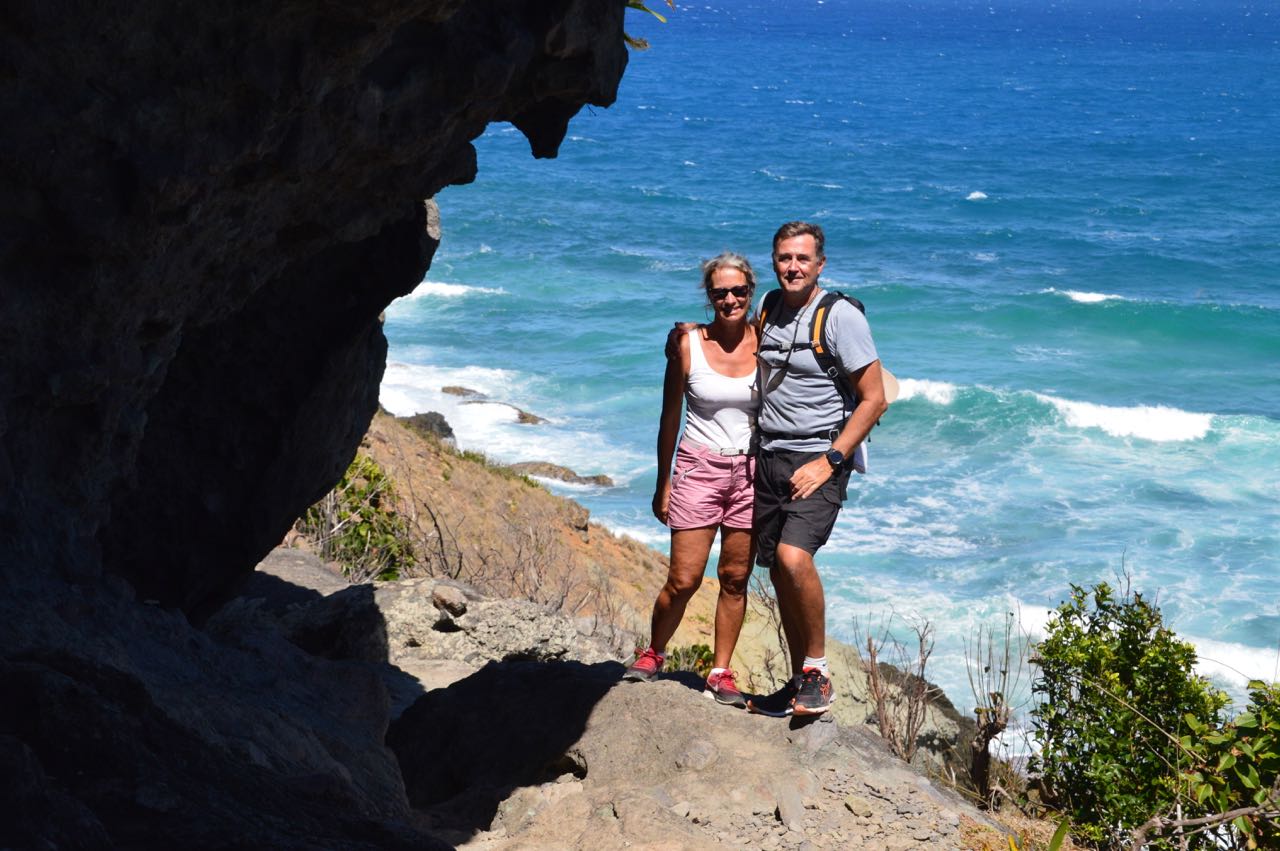 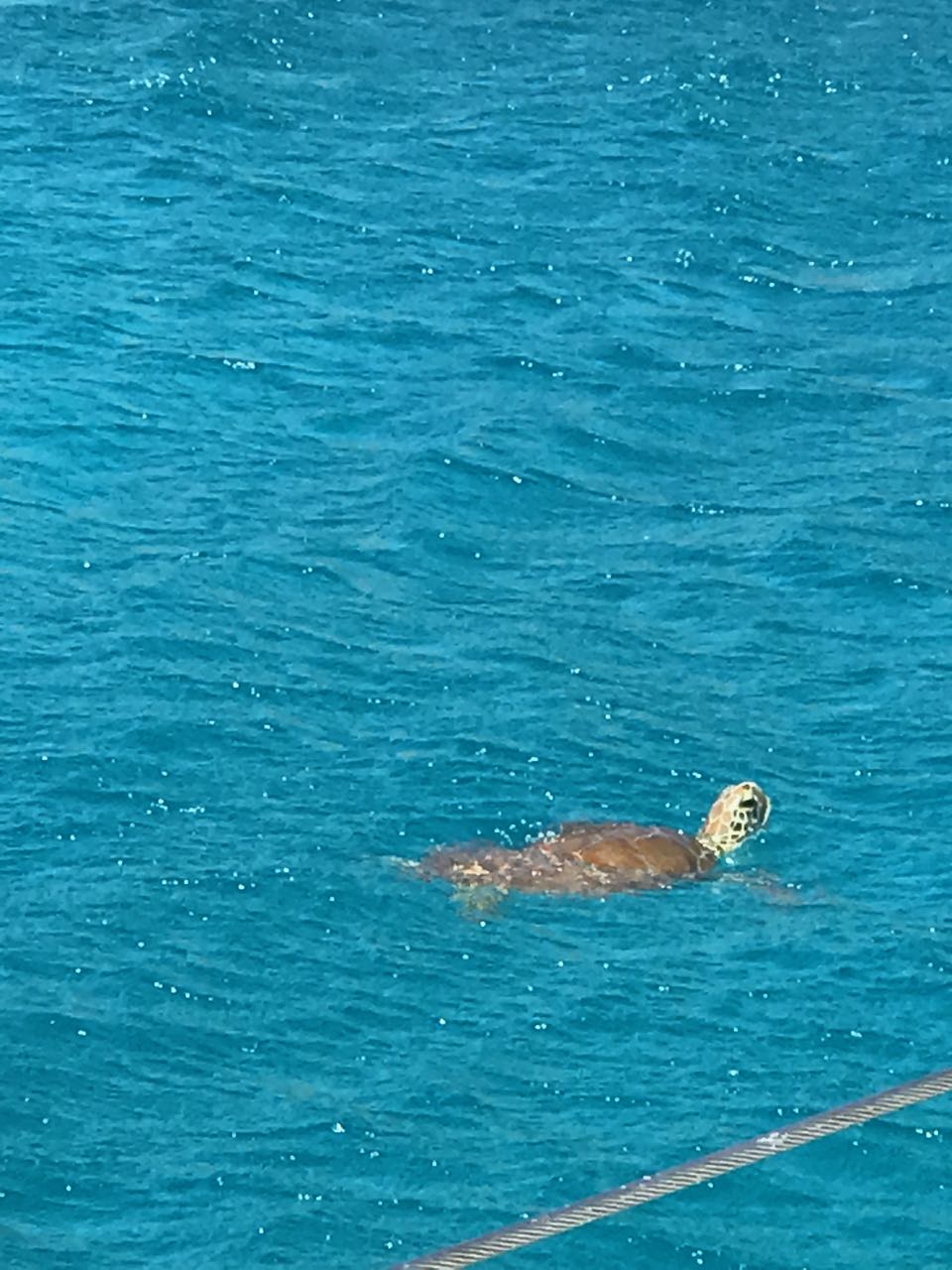 We could see St. Marten only 12 nm away and we had to run to hide as the blow along the US East coast had developed into a storm. The forecast was a NNW swell 3-6 meters. During the winter season Caribbean is usually blessed with winds from NE to SE and a-lash leaving a very well protected westerly coast of the Island. But when the swell decides to change, it is time to find cover – and we did in the St.Marten lagoon. 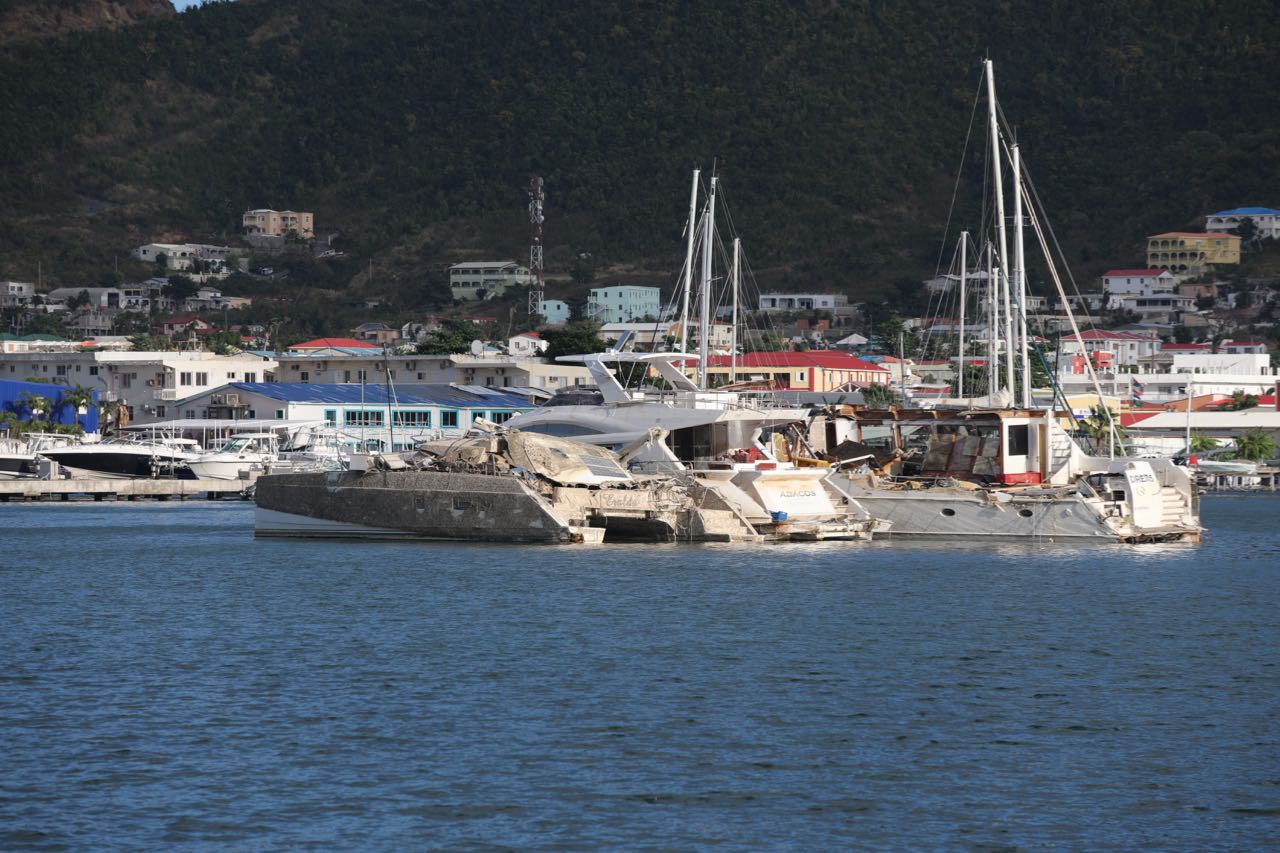 We reached the entrance to the lagoon around 1730 and were just in time for the bridge to open to let us into our reserved slip in the Island Waterworld marina. Unfortunately hurricane Irma had scattered most yachts and marinas in the lagoon, so as we slowly glided into the calm water there were masts sticking out of the water and damaged wrecks spread across. We grounded three times on our entrance into the reserved slip and decided it was enough and ended up in a slip in the superyacht marina. Yes for a price, they take really good care of you and your boat and we stayed nearly a week, before the swells had quiet down and it was time to continue North. 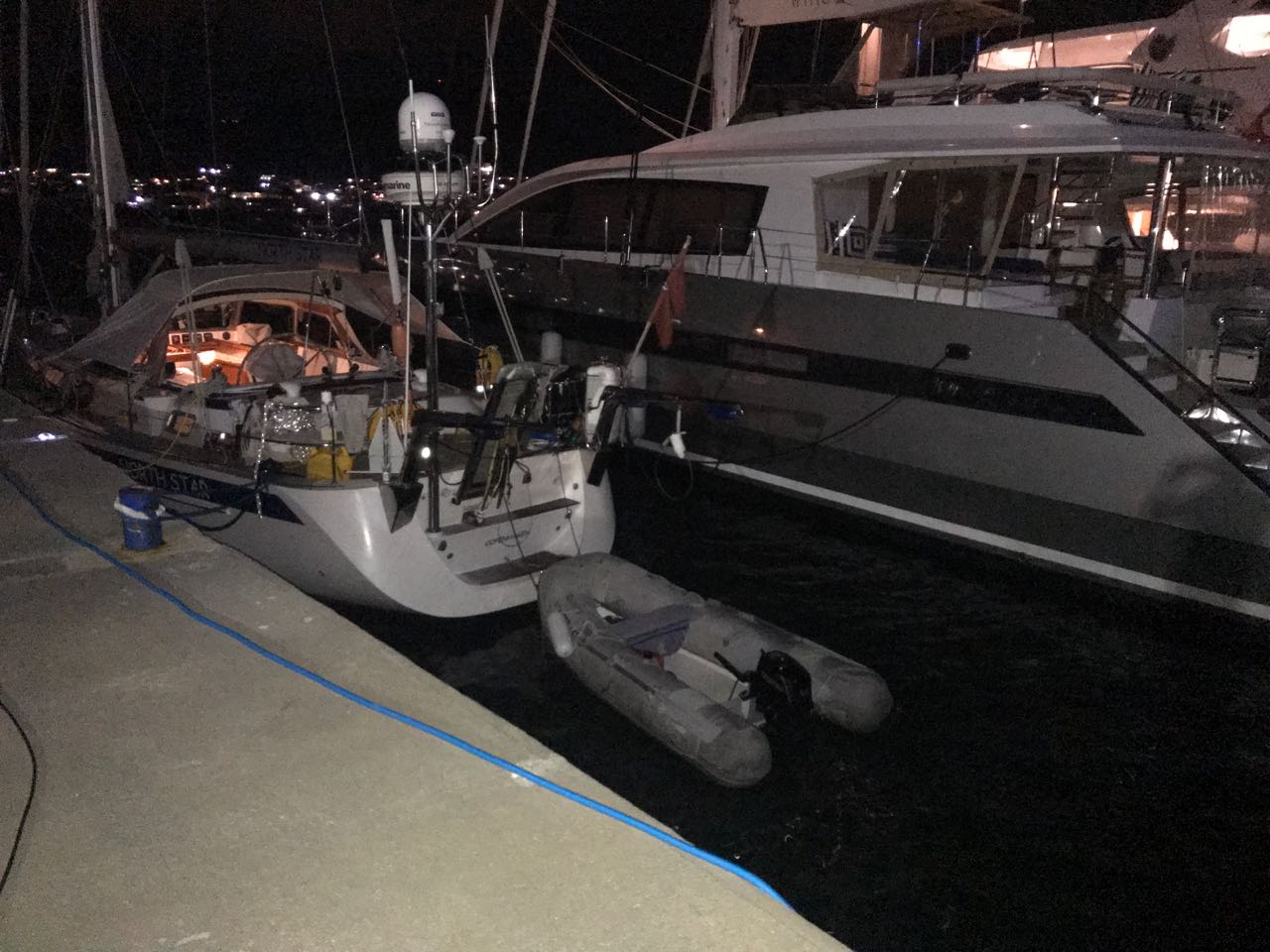 St. Marten is a destroyed island, it is sad to see and I believe the pictures speaks for itself. These sights of the island and our delaying re-rigging project, made us decide to drop the BVIs and turn to a southernly course, after visiting our next island Anguilla. We still really want to go to the BVIs, as it is one of most beautiful cruising grounds in the Caribbeans, but it will have to wait. 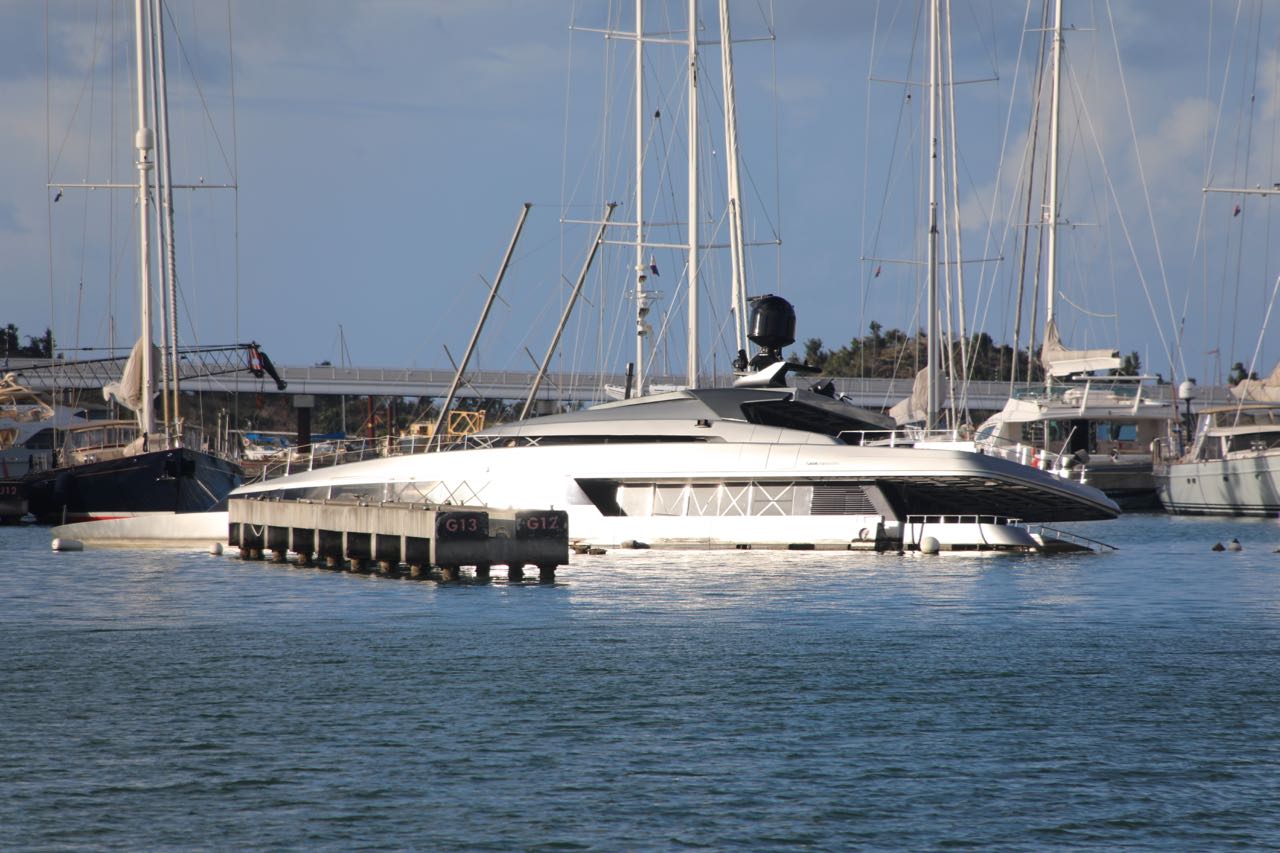 This opened another option, to experience the least travelled islands of Saba, St.Kitts and St. Nevis.

But before that adventure, we drifted a few miles further North to Anguilla, and did nothing for two days, except being alone, in love, enjoying the lonely anchorage and the beautiful quiet scenery. 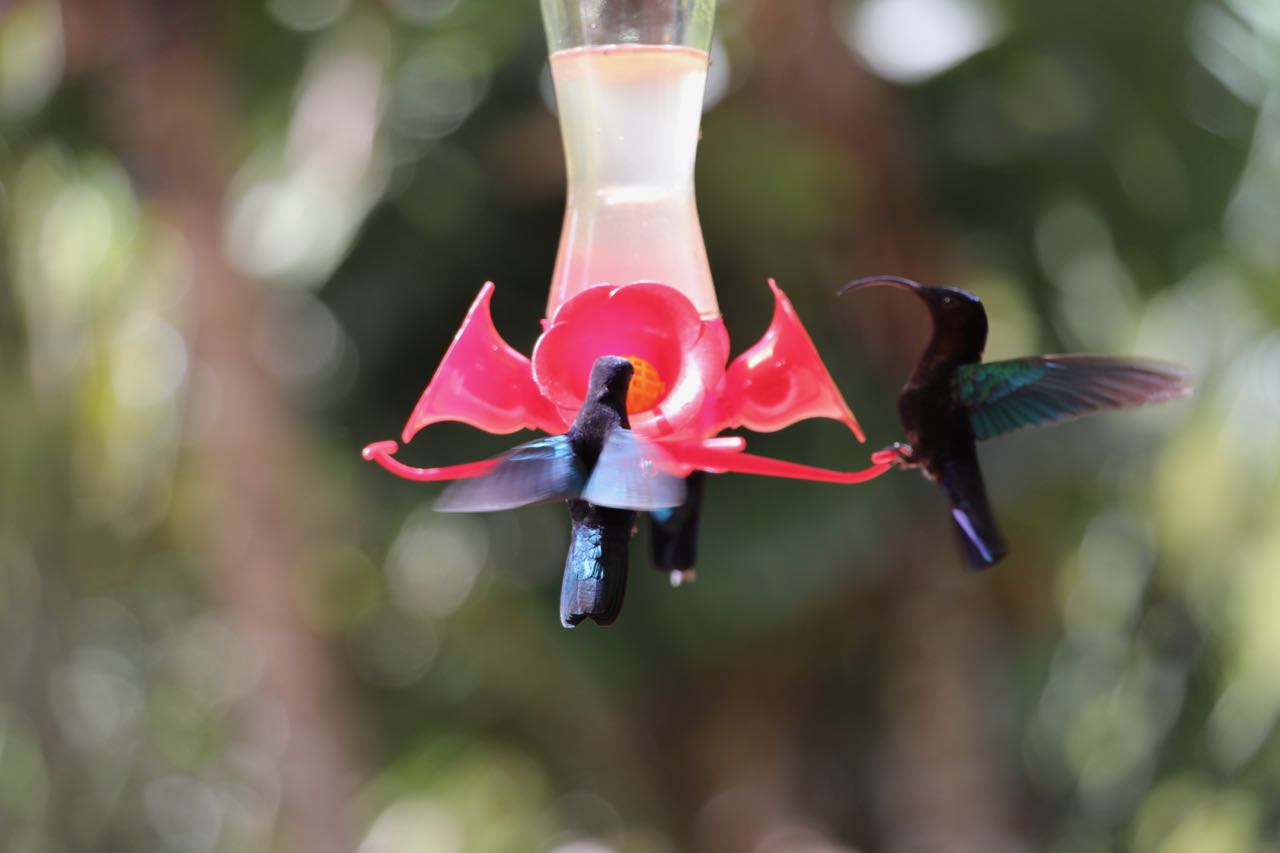 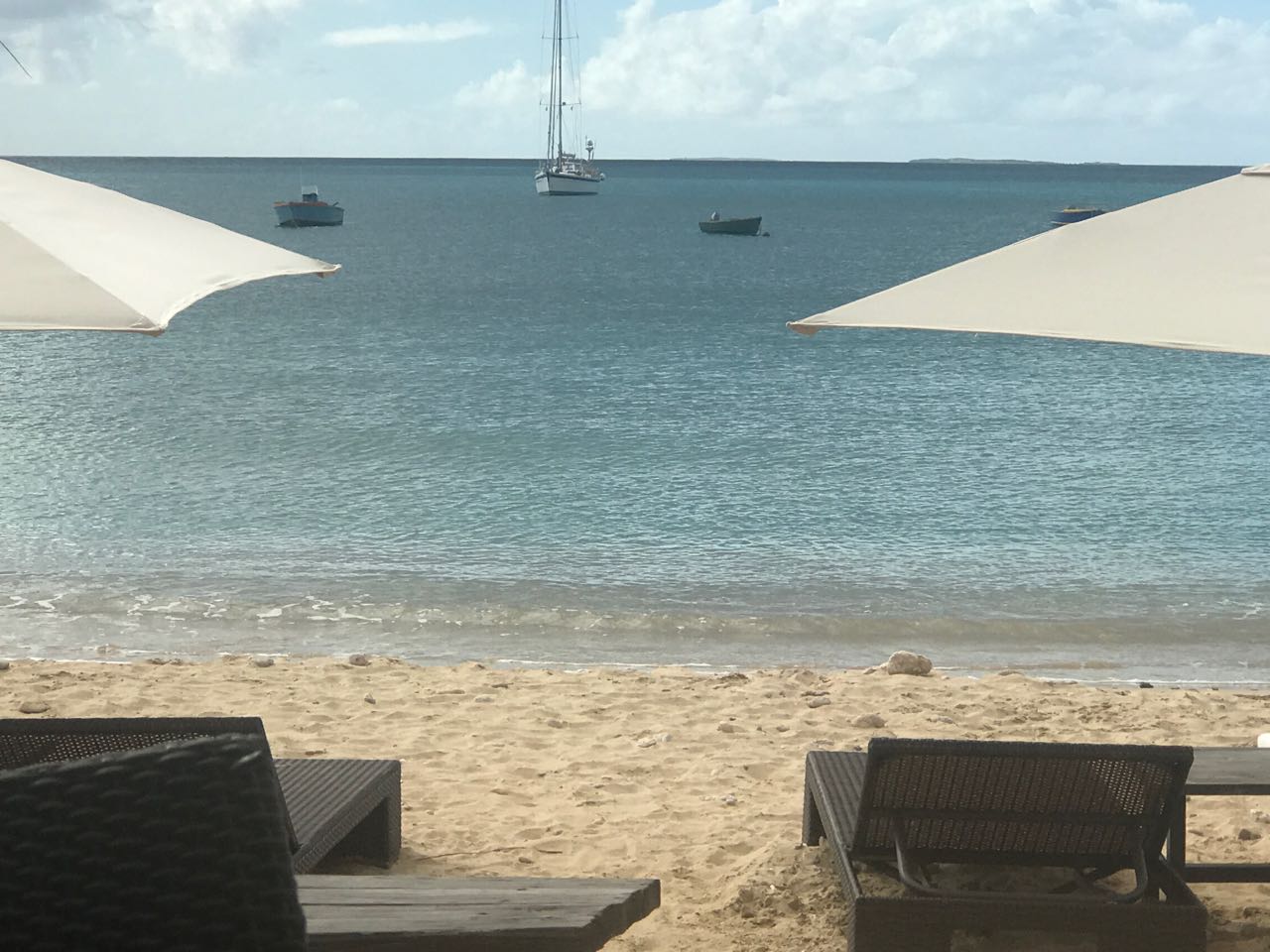 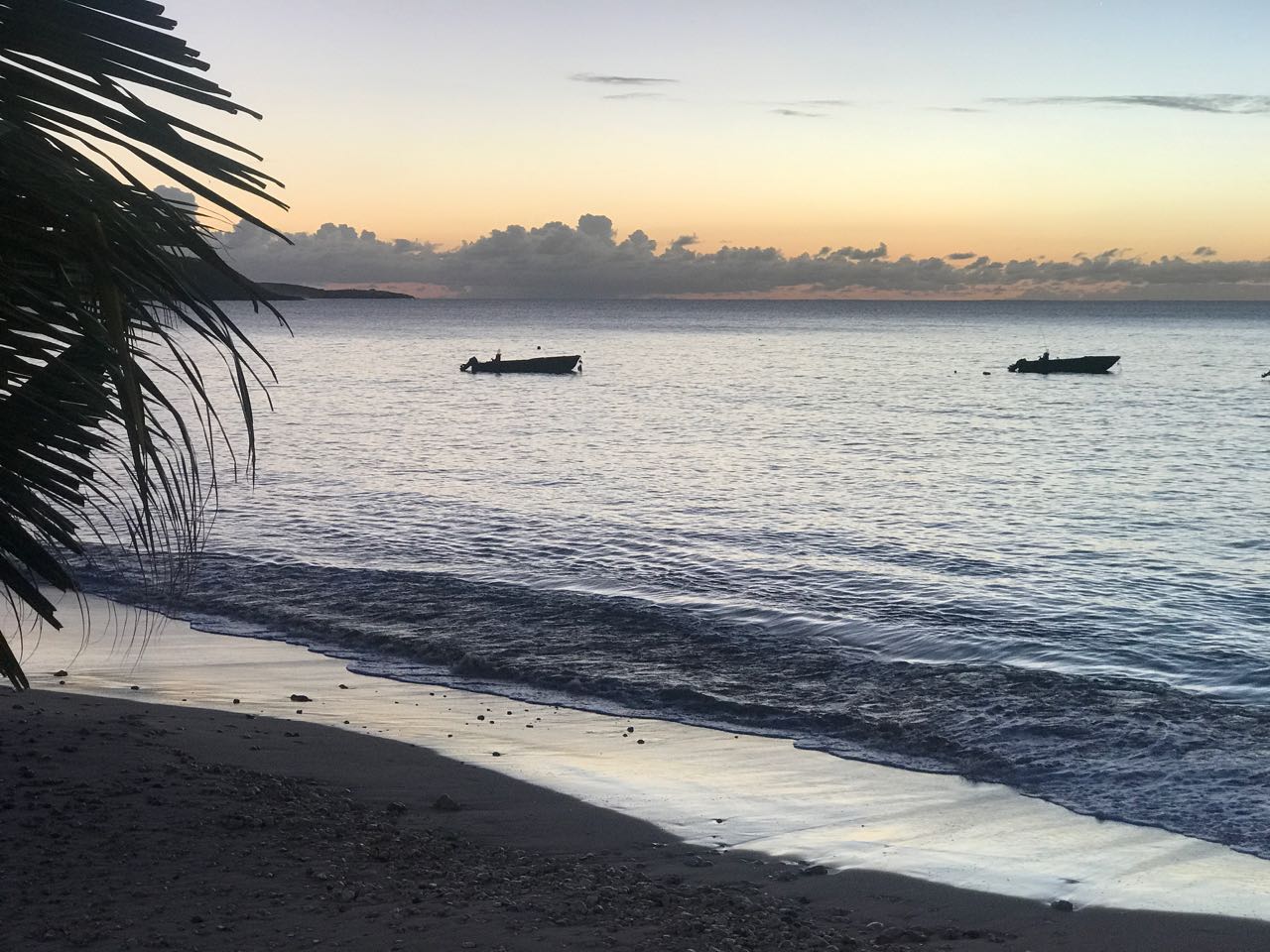