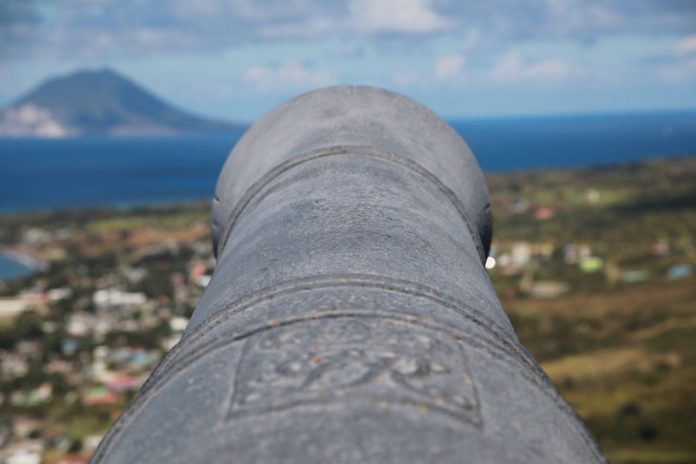 It was a wonderful sail and very hard to imagine that we were running away from bad weather and seeking shelter – but we were. The swells were finally coming towards us from the North west, and making the normally protected westerly coast of the Caribbean islands insecure!

The next island towards the South from Saba is St. Kitts and we found a tight spot in the marina in Basseterre, the main town on the island and center of the cruise ship tourisme.

It had been awhile since we last spent time in a marina where water and electricity were available and we had to do some maintenance, so the timing was fine. The Basseterre marina is managed by a very friendly and customer oriented harbour master, Tim. But for other yachties, it is foremost a fishing harbour and hiding place as the facilities are not great. Our fifty feet managed to get in, but there is not a lot of room.

Our friends sailed down on the South side of the island, and as it turned out the shelter in the bays down there were fine. Later we spend some time on the South coast and it is probably the better option.

We had a nice stay on the island and especially enjoyed the North west coast which is pretty with the old english fort overlooking the bay and a botanic garden.

Picture of fort and botanical gardens 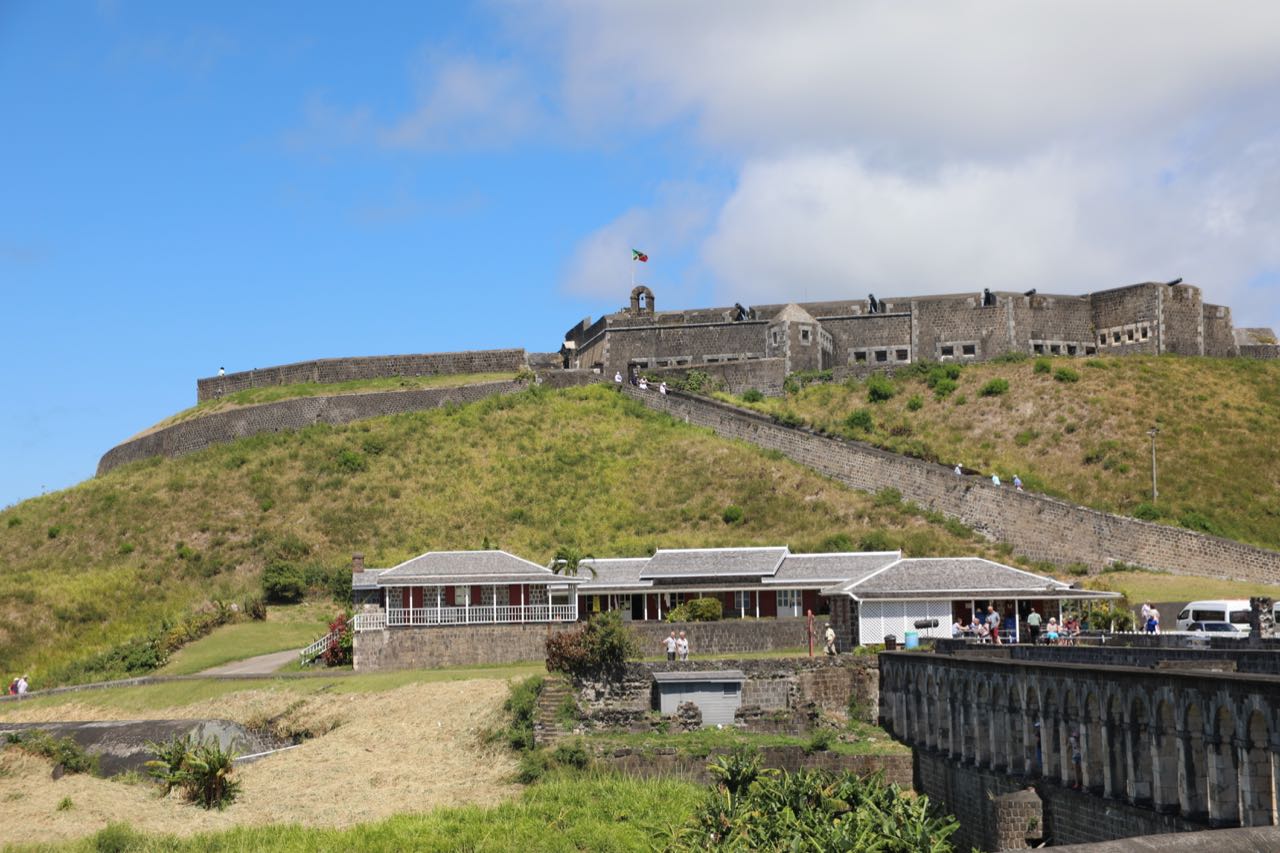 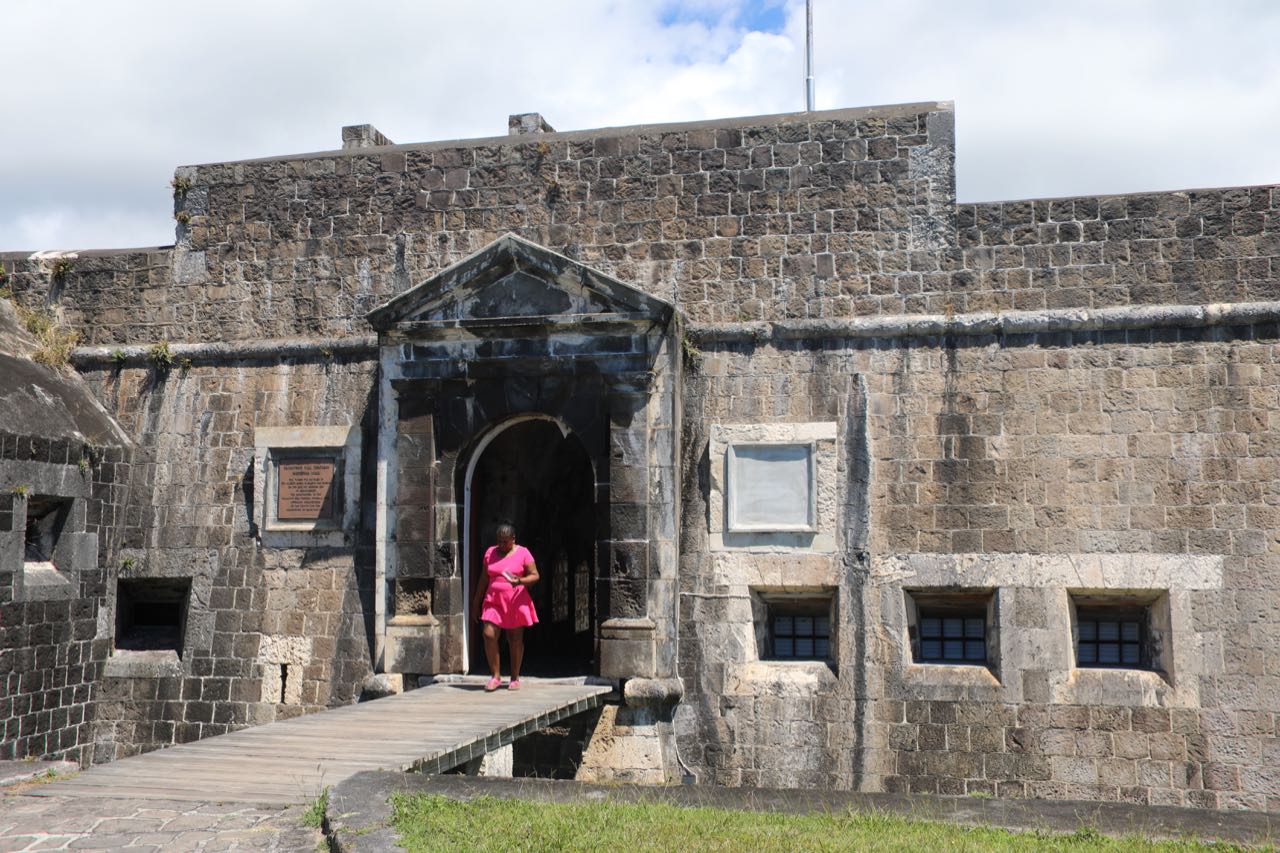 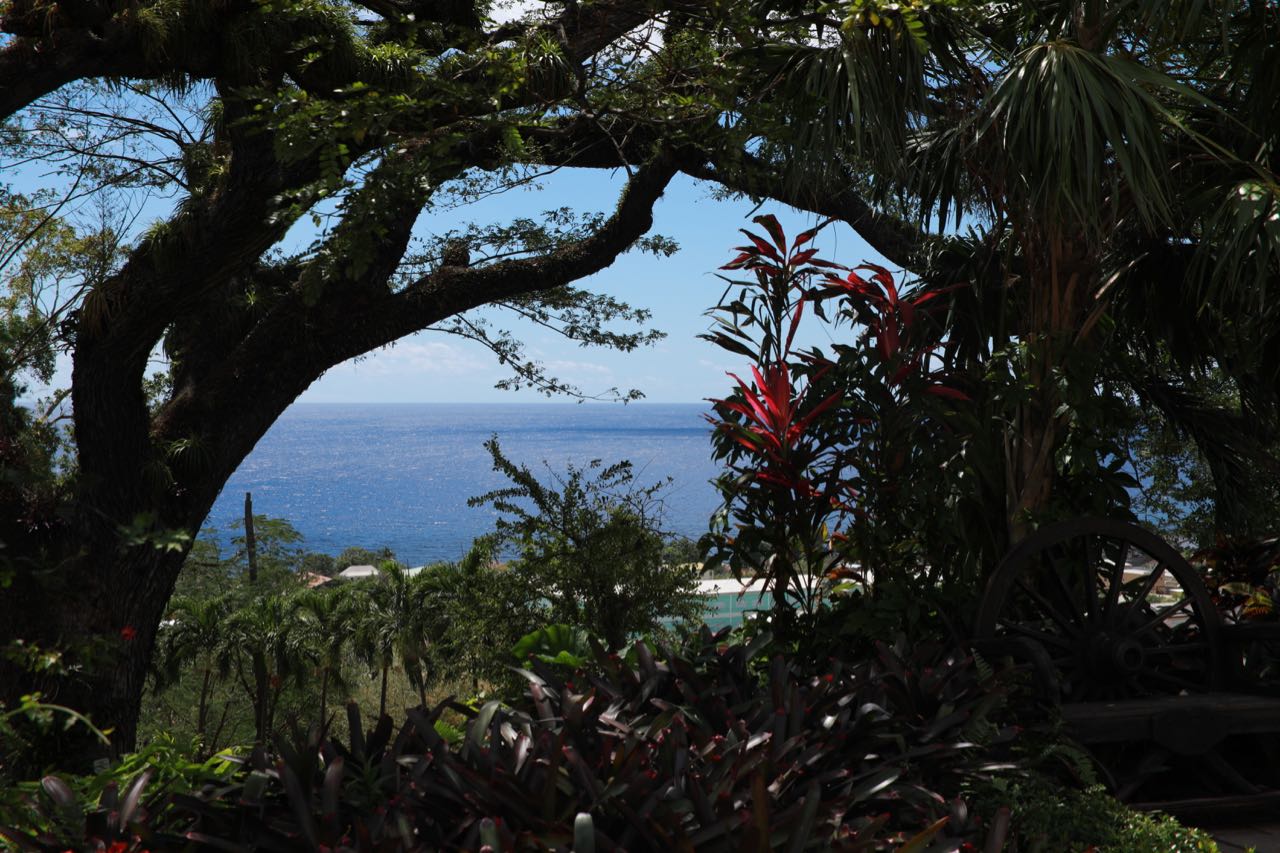 Basseterre is a very typical small town and somewhat run down. But we met nice people, as we do everywhere. We had a long conversation with a gallery owner, whom arrived to the island 35 years ago and got married. She is still here and her daughter is taking over from her. The daughter has been back to London for education and work, but still comes back to the island! She has now started a few small business of her own and just feels that quality of life is better here.

It is not a wealthy island, but probably as they mostly come around here. In Basseterre it seems that the generel opinion of the newly build Cruise ship terminal is negative. The small local business’ has been forced out, and now all the turist shops around the terminal are owned by big business’, from far away. So instead of creating local growth and jobs, the opposite seems to be happening.

Whether this is true I do not know, but the town have been disintegrating over the last few years and unemployment is going up. In generel we have experienced that it seems to be difficult to grow the economy on many of the islands. Of course tourisme plays a major role on all of the islands, but in order for the tourist to find an island attractive, there is a need for offering other attractions, beyond the beautiful beaches and that is the challenge. On most islands the tourism is not enough to keep every local citizen in a job, so high unemployment and related difficulties are common. The two major storms in 2017, does not improve on that situation of course, but many of the island are fighting the fight with an impressive stamina and I am sure they will succeed over time.

But as our gallery owner points out, with her personal choices. There is maybe something here, which is very valuable and difficult for us from the high speed societies to experience?

After a few days the worst of the swell had passed and we tried to visit St. Kitts, the next island over, but unfortunately it was impossible to anchor safely and the dinghy access to the island was dangerous in the roaring condition of the sea. Even our tough Australian friends, whom are used to must tougher condition, found it impossible, so we saved St. Kitts for the next time.

Instead we enjoyed the southerly bays and saw a new superyacht marina, they have build on St. Nevis, which also for the time being receive smaller size boats.

Finally we forecasted that the swell situation had improved so much, that we could approach the rather exposed anchorage of Little Bay at Montserrat.

We wanted to see Montserrat, as this is a seldom visited island and one which have endured nature as well as Dominica. We wanted to meet the people, whom had decided to face a currently active volcano and had lived through an eruption in 1995. Many of these were of Irish origin or descendant from former slaves – so I guess they are as though as they get.