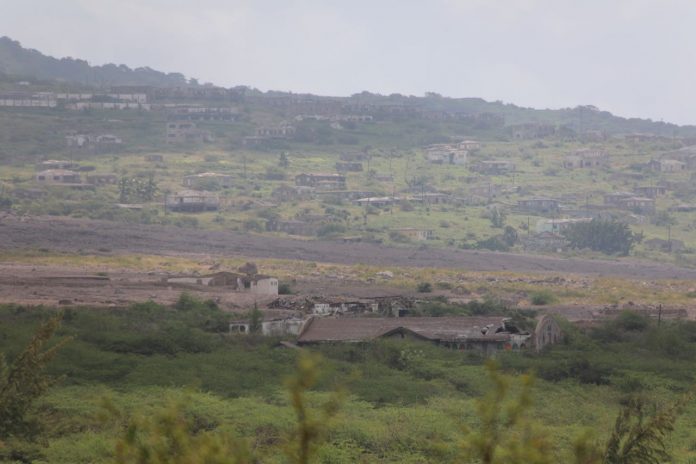 “On 18 July 1995, the previously dormant Soufrière Hills volcano, in the southern part of the island, became active. Eruptions destroyed Montserrat’s Georgian era capital city of Plymouth. Between 1995 and 2000, two-thirds of the island’s population was forced to flee, primarily to the United Kingdom, leaving fewer than 1,200 people on the island as of 1997 (rising to nearly 5,000 by 2016).[5][6] The volcanic activity continues, mostly affecting the vicinity of Plymouth, including its docking facilities, and the eastern side of the island around the former W. H. Bramble Airport, the remnants of which were buried by flows from volcanic activity on 11 February 2010.

An exclusion zone that extends from the south coast of the island north to parts of the Belham Valley was imposed because of the size of the existing volcanic dome and the resulting potential for pyroclastic activity. Visitors are generally not permitted entry into the exclusion zone, but a view of the destruction of Plymouth can be seen from the top of Garibaldi Hill in Isles Bay. Relatively quiet since early 2010, the volcano continues to be closely monitored by the Montserrat Volcano Observatory.[7][8]

A new town and port are being developed at Little Bay, which is on the northwest coast of the island. While this construction proceeds, the centre of government and businesses is at Brades.”

This is a quote from Wikipedia, which sums up the recent history of Montserrat very well. I especially like the “relatively quiet” which got a completely new meaning, when we visited the island. Here we spoke to the local people, who actually spoke about small eruptions and disturbances, as late as 2015.

But we arrived into Little Bay in mid March of 2018, probably a day or two too early. The weather had still not calmed down and the bay was rocking roll, but we endured the first 24 hour on board. Then the weather allowed us to safely leave North Star, while we explored the island with a tour guide, who has been there for more than 30 years. 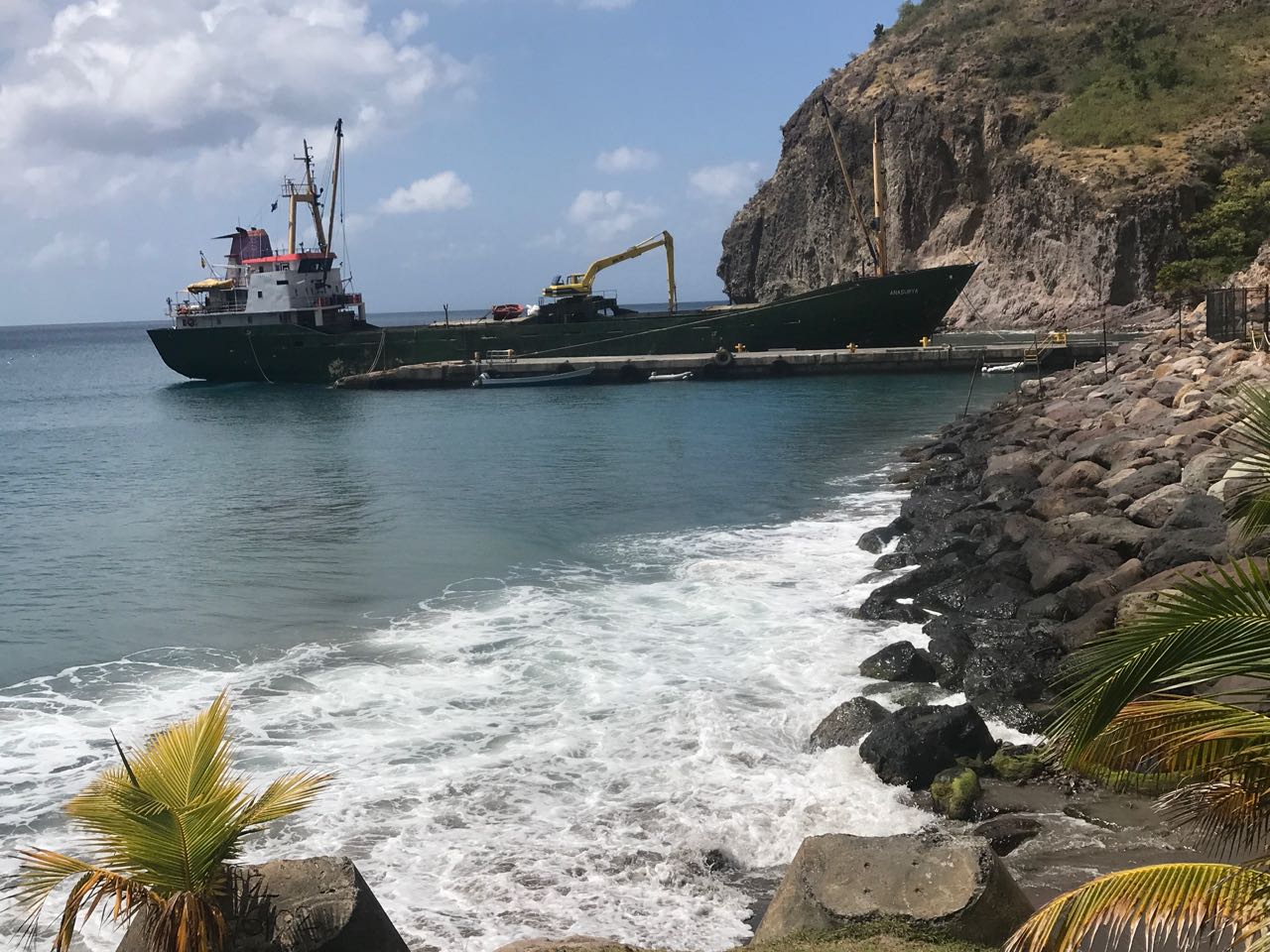 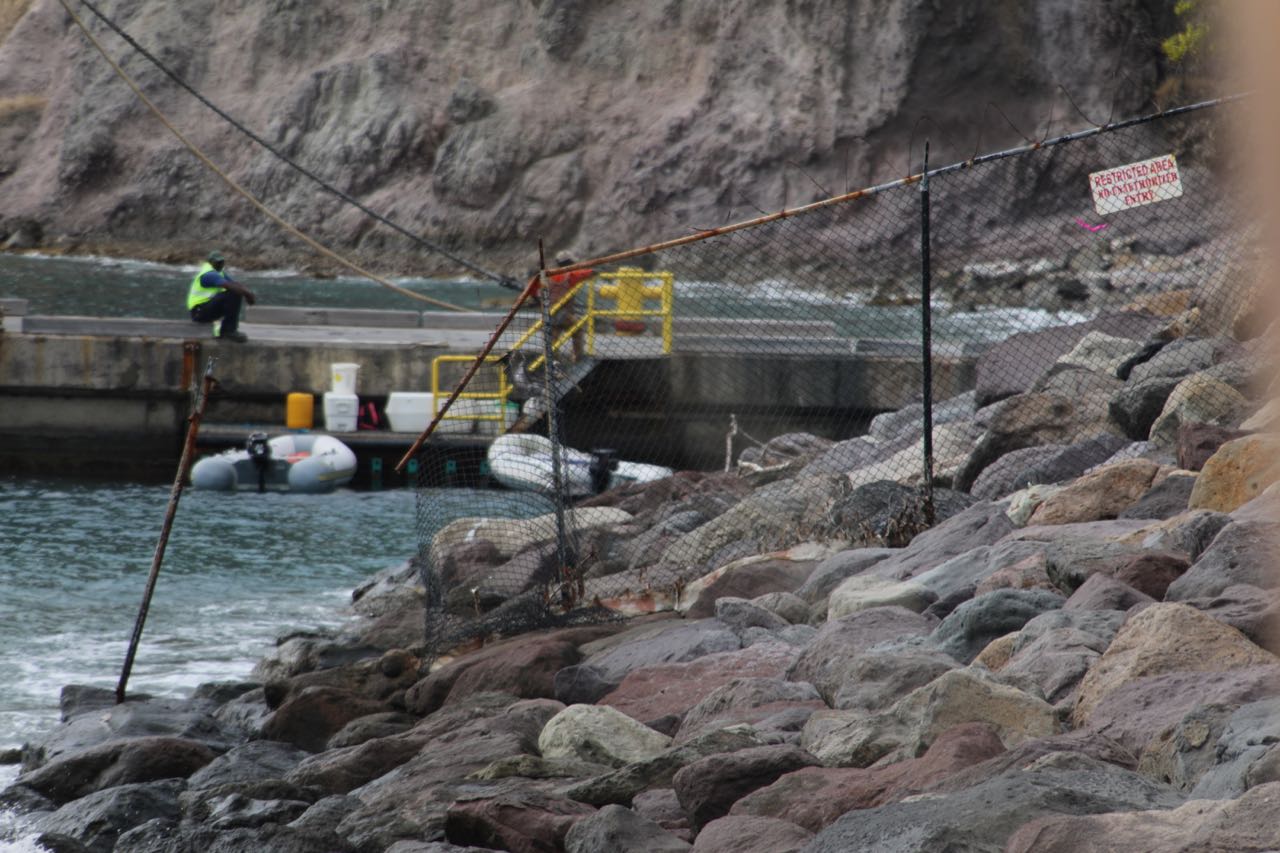 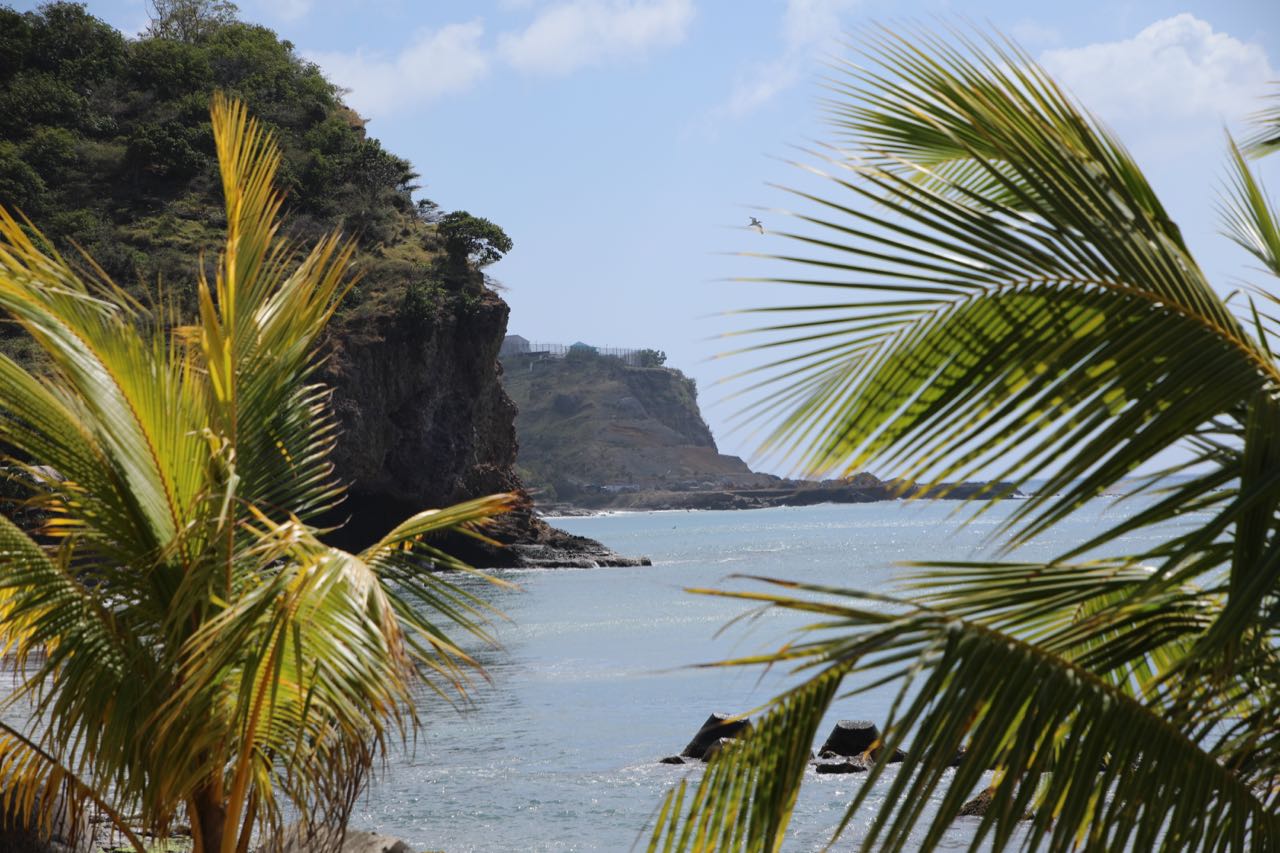 This is an island divided into a northern and southern part. The northern part has since 1995 been dedicated to show the human will to survival, in spite of any hardship. The southern part testifying that nature is stronger than man and it can retake anything at anytime, whatever man has created.

The northern part of the island is where some 5000 people today, has created their new home. The southern part is where the volcano has erupted and left Portsmouth, the former capital and several small villages and the airport total destructed. Today it is a no go zone and it is closely watched, in order to be able to forecast and warn for a next time.

It is a very beautiful island with wonderful hikes spread out around Salem the town in the North, with traditional colourful houses. The population is clearly looking to the future and trying to create more turisme and more jobs – in spite of everything and we saw the resilience. They have done a remarkable job in a very short time and they will keep fighting.